Excitement Haults as Rajkummar Rao opts out of Revolution 2020

Excitement Haults as Rajkummar Rao opts out of Revolution 2020

Days after Rajkummar Rao expressed his happiness being chosen for Revolution 2020, the actor has quietly walked out of the project. To much surprise, the news came as a shocker for all his fans and the makers as well. 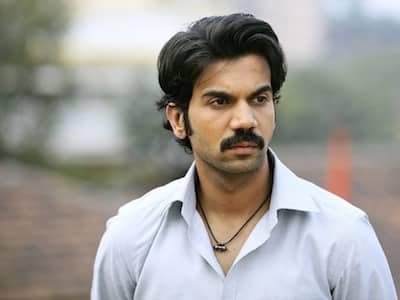 The National award winning actor who was also a part of ‘Kai Po Che’ (adaptation of another Chetan Bhagat’s novel 3 mistakes of my life) opted out of the project citing dates issue. Revolution 2020 is to be directed by Rajkumar Gupta who’s made films like Aamir, No one killed Jessica and Ghanchakkar before. The talented actor who misses out on this one said he couldn’t allot the required dates for the project as he would then have to adjust with the Ramesh Sippy project he’s part of. Amid all this chaos, the actor preferred opting out of Revolution 2020. The casting of the film is underway and no further shape ups have been reported as yet.

The producer of the film Sidharth Roy Kapur did show his disappointment but also looked forward to work with him in some other project. Rajkummar Rao’s CityLights underperformed at the box office recently yet won him a huge critical acclaim. As for the Chetan Bhagat and Revolution 2020 fans, let’s wait who fits in whose shoes.

Updated: June 18, 2014 05:16 PM IST
Get personalized recommendations on what to watch across 50+ OTTs only on
About Author
Desimartini Editorial Team