The Kapoor Siblings Have Decided To Stick Together Forever

The Kapoor Siblings Have Decided To Stick Together Forever

After the sudden demise of the legendary actress Sridevi, Arjun Kapoor took up the responsibility maturely of his step-sisters Janhvi and Khushi Kapoor of being the Big brother.  It was quite visible to the entire world, how like a rock Arjun has stood by his father Boney Kapoor in the hour of demise. This catastrophe has changed each and everyone’s life in the Kapoor Khaandan.

Arjun during his interaction with DNA has been finally vocal about the bond he shares with his sisters counting Janhvi, Khushi and Anshula altogether as one.  Arjun Kapoor shared, “So much happened that we didn’t have the time to figure things out. Having experienced something as harsh as that, I wouldn’t wish it for my worst enemy. I was in Punjab when I got the news. I called my maasi and sister immediately. I had to do what I felt was right. That’s what mom would expect of me, to be there for my father and family. If I can be a good brother and a good son, then why not?  Mujhe toh kuchh achha hi mil raha hai, I’m getting two more sisters and helping my father feel a little relaxed.”  This side of Arjun being a family man, has definitely raised the bar of respect for him all around the globe.

The bonding between the Kapoor siblings is growing stronger with each passing day. This bond was not the same as it is now, he wanted this relationship to grow organically and with no pressure from the society and speculations. Talking about his sisters Janhvi and Khushi, he said, “Janhvi and Khushi are both sorted. Today, we are able to speak one-on-one. I know they will figure out life in their own time, in their own way. Anshula and I are there for them.” This growing bond phase has made him think so much from every dimension, he said, “It was at a nascent stage as we were still figuring out things. But we were comfortable with each other and that was a good starting point. Mujhe darr tha ki zyada baat karne se nazar lag jayegi. “

Arjun talks about how they all take out time to bond, "The good part is that we have our independent lives, but whenever need be, we are there for each other. That’s how it should be. We don’t have to suddenly become a happy pretentious khandaan, which is why I took some time. Now, I’m talking about it as there’s a certain ease and I’ve been able to figure things out. Kabhi kabhi in all the bhaag-daud, you don’t realise how important it is to connect, sit down and have a meal with your loved ones. Somewhere, all of us have been able to get that perspective.”  Arjun Kapoor has shown the other side of his life, what family means to him and how he has evolved over a year. The family has been through a hard time of relations and understanding each other, but at last the family that eats together, stays together. 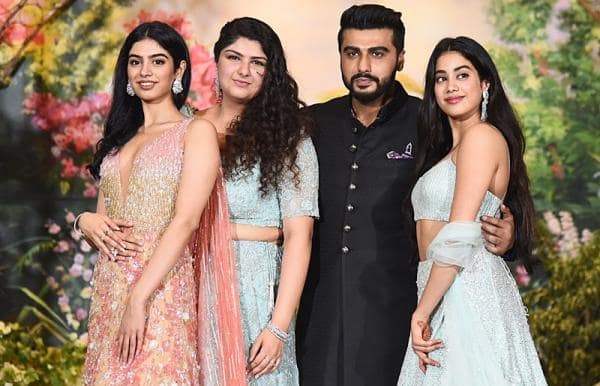 Updated: September 26, 2018 04:43 PM IST
Get personalized recommendations on what to watch across 50+ OTTs only on
About Author
Gopika Mathur