Shah Rukh Khan starrer Zero is facing an imminent threat from piracy websites like Tamilrockers and Filmywap but before any of that could happen Twitter has already taken the lead in leaking the film online. Parts of Anand L. Rai’s Zero were leaked on Twitter by fans watching the film in theatres.

While watching Zero online for free on these illegal platforms is a convenient option for many, but just how much that hurts the filmmakers, is a realization many are far removed from. For those fans who have been waiting patiently for Zero to hit the theatres, beware of running into some crucial scenes from Zero floating around on Twitter. Shah Rukh’s entry scene in Zero have been leaked online by fake Twitter pages in the name of Aamir Khan and Manoj Bajpayee. 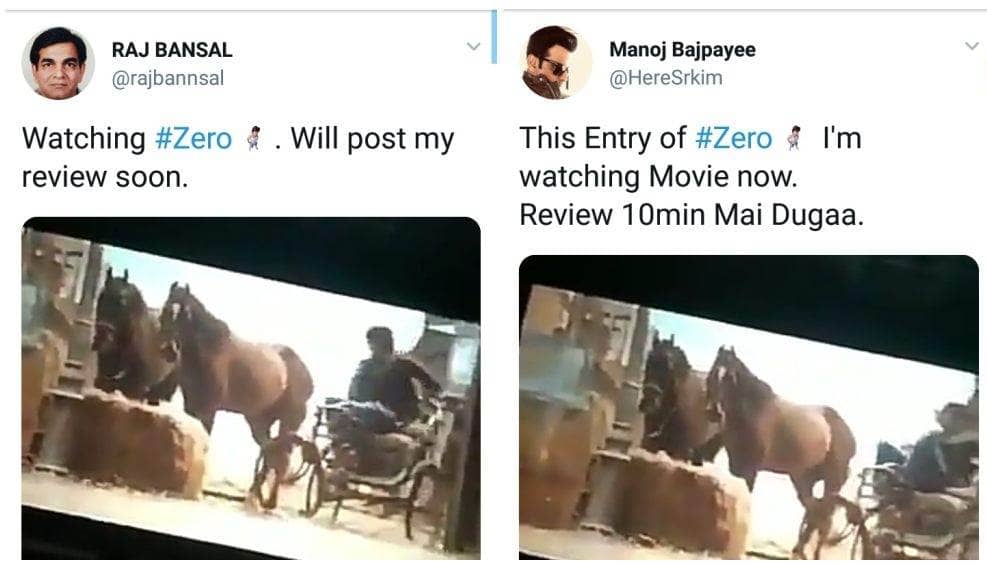 TamilRockers and Filmywap have been notorious in leaking the latest movies releases for the audiences to watch online for free, but social media platforms are no less as users are increasingly using them to upload complete movies on them. Zero has taken the social media menace to a new height with several fake accounts being created in the names of popular reviewers to send out fake opinions regarding the film.

Zero is December’s biggest Bollywood release and stars Anushka Sharma, Katrina Kaif and Shah Rukh Khan. The film is the story of a vertically challenged man who is looking for the love of his life. The film is Shah Rukh’s biggest budget film so far and has garnered a great buzz with many looking forward to the film.

Updated: January 30, 2019 05:21 PM IST
Get personalized recommendations on what to watch across 50+ OTTs only on
About Author
Team Desimartini