SHOCKING: This Dill Mill Gayye Actor Has Parted Ways With His Wife!

SHOCKING: This Dill Mill Gayye Actor Has Parted Ways With His Wife!

Remember the charming Dr. Atul Joshi from Karan Singh Grover -starrer medical drama series ‘ Dill Mill Gayye ’. The character that chased his love interest Dr. Anjali Gupta (essayed by Sunaina Gulia) was played by Pankit Thakker, who always had to face rejection in the show. Well, the actor is currently making headlines for having parted ways with his wife and actress Praachi Thakker.

Pankit and Praachi tied the knot in the year 2000. After 17 years, the couple have now gone separate ways. They became estranged few years back. Touching upon their separation, a source was quoted by The Times of India as saying, “Pankit and Praachi's relationship hit a rough patch in 2015 and they had then parted ways, but the separation was mutual and the two are doing their best to secure their son's future”.

Confirming the same to a daily, Pankit said, “Yes, the news is true. We have been living separately since last 2 years. I don't want to get into the details as to why we are not together, all I can say is that we have mutually separated. Right now our son is our priority and we don't want to harm him in any way”.

Speculations are also rife that Pankit is dating Vahbiz Dorabjee, who has worked with Pankit in ‘Bahu Hamari Rajni Kant’. The two have also opened an event management company recently. A mutual friend of Vahbiz and Pankit was quoted as saying, “I had worked with both of them in our last venture. They use to be together and enjoy each other's company. Vahbiz use to share her emotional experience of her relationship with Pankit only. Pankit earlier was very close to his wife and use to tell us that he wants to see her at establish a name for herself. They had sort of financial crisis too. But this news of their split has really shocked us”. 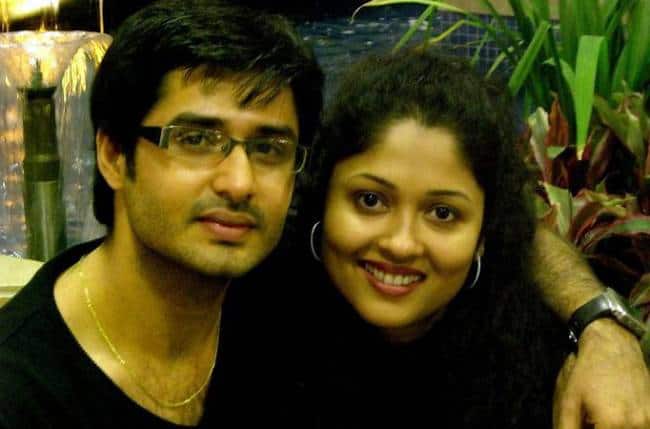