Having her flick slated to release on February 7, Hasee Toh Phasee, Parineeti Chopra is having more interest in her cousin, Priyanka Chopra’s next, Gunday . The actress has clearly said this that she is not at all competing with her sis but does get curious to watch her work. Last time the two clashed at the ticket window was when Parineeti’s Shuddh Desi Romance and Priyanka’s Zanjeer were released on the same day. 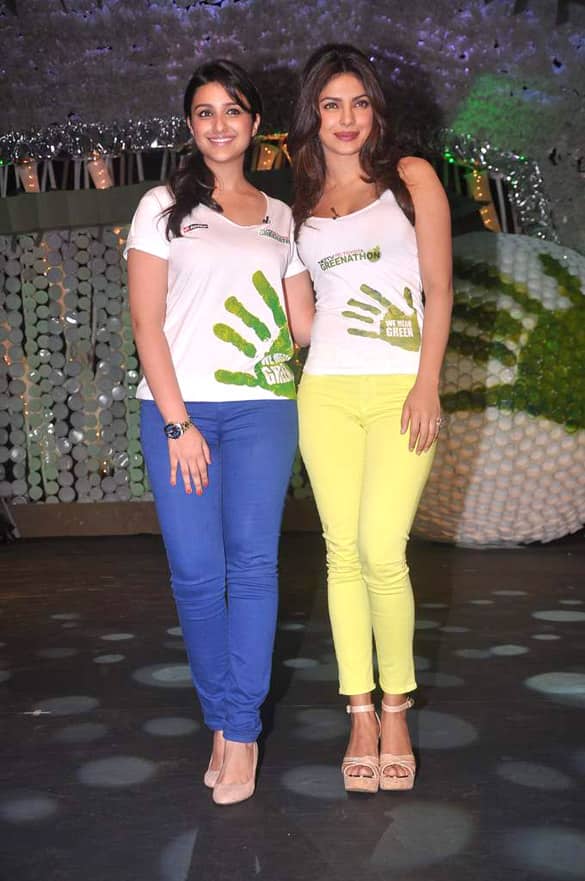 Though this time, there’s a gap of a week amid their individual film’s release. Priyanka’s Gunday will be out on February 14. Pari said, “No, there is no competition with her (Priyanka). In fact I am just waiting to watch 'Gunday'. I just wish I get to see the movie at a screening before it releases on Feb 14.” The actress talked about her character in Hasee Toh Phasee. She informed that her role will be a quirky one and she hasn’t been seen being that in her previous flicks.