The Much anticipated trailer for Joker dropped yesterday, an origin story for Batman's arch-nemesis and possibly one of the best villains of all time Joker promised to something very different from what comic book movies usually deliver and now that the final trailer for this movie is out so let's take a look at what we can expect to see on the big screen.

The Trailer starts off with Arthur Flick played by Joaquin Phoenix who tries to entertain a child on the bus he is traveling in only to be told by the child's mother to stop, Arthur Flick aspires to be a comedian and in order to support himself and his ailing mother he works as a clown, Arthur is not a deranged manic but a man who is deeply depressed but still trying his best to have hope. 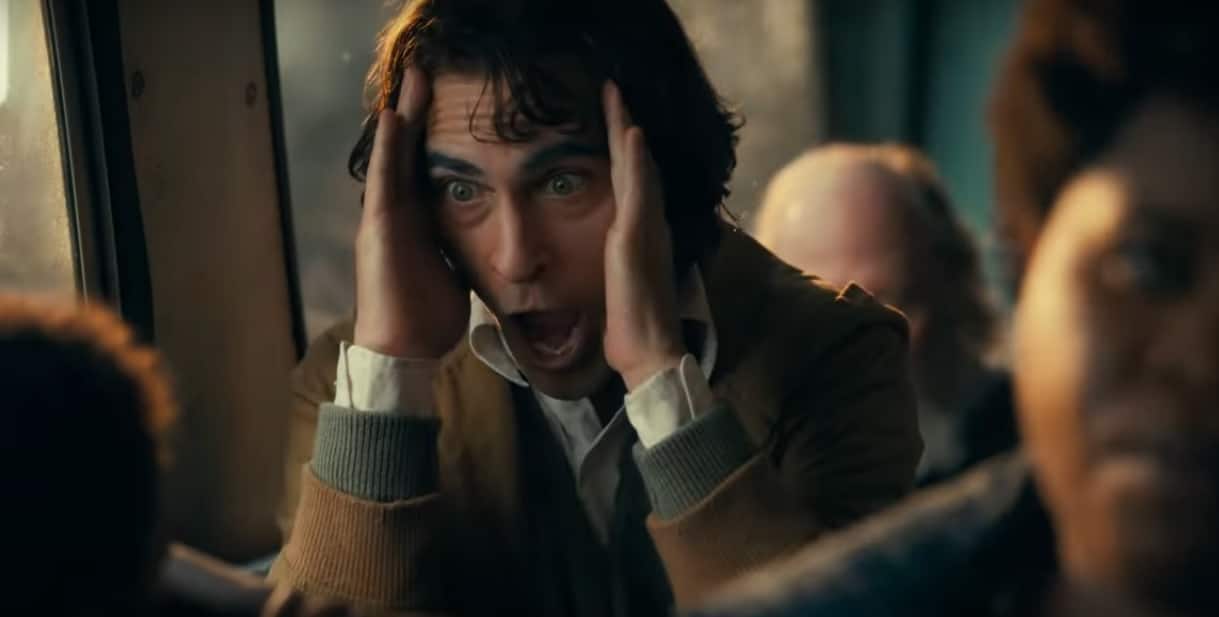 Then we see Arthur visiting his psychiatrist only to be told that he can no longer be her patient the reasons for this are not explained perhaps there may have been some sort of incident or perhaps the psychiatrist works for the city of Gotham and longer has the money to look into certain patients due to budget cuts.

Arthur is seen in the hospital with his mother who is clearly in critical condition when something on the Tv captures his attention, one of his idols Murray Franklin is seen on TV, Murray is a comedian and late-night talk show host played by Robert De Nero.

We soon get why Arthur is so excited a stand-up routine he did is supposed to air on the show but soon he realizes that his comedy is not being showcased but rather is just a punch line to a joke.

We get our first look at Zazie Beetz who plays Sophie Dumond a single mother and Arthur's love interest in the movie, Zazie  Beetz described her character as Tough and Cynical.

We see Arthur is his clown costume as he slowly starts to change into the Joker, Thankfully the trailer does not show what finally pushes Arthur over the edge.

We see Gotham city in chaos as people in clown masks start riots in the city, it is clear that the people of the city have embraced the Joker as a hero or some sort of a vigilante as to what he did to earn his new reputation in not known, Gotham city is not the most ideal place to live with rampant corruption, crime, and poverty it can be understood as to why the people would turn towards to such a man.

The Trailer ends with shots of riots in the street and The Joker finally becoming an icon to such an extent that he is welcomed as a guest on Murray Franklin's TV show we see that Arthur's transformation is complete when he asks to be introduced as Joker.

The Trailer for Joker is grippy, to say the least, Joaquin Phoenix has completely transformed into his character and is mesmerizing to watch if the trailer is anything to go by then Joker will be the movie that will redefine the term comic book movie.

You Cna Watch The Trailer Here

Updated: August 29, 2019 10:17 AM IST
Get personalized recommendations on what to watch across 50+ OTTs only on
About Author
Staff