When Norton convinced Iñárritu to cast him in his film

When Norton convinced Iñárritu to cast him in his film

He has given memorable performances in many films such as Rounders(1998), Fight Club(1999), American History X among others, yet Hollywood star, Edward Norton still wants to find films that are driven by passion.

The 45-year-old American actor’s latest role, Mike Shiner in the black comedy Birdman has earned him an Oscar nomination in the Best Supporting actor, making it the third Oscar nod of his career. In an interview, the Primal Fear star spoke about his role in the film and his experience on working with actor Michael Keaton. Excerpts: 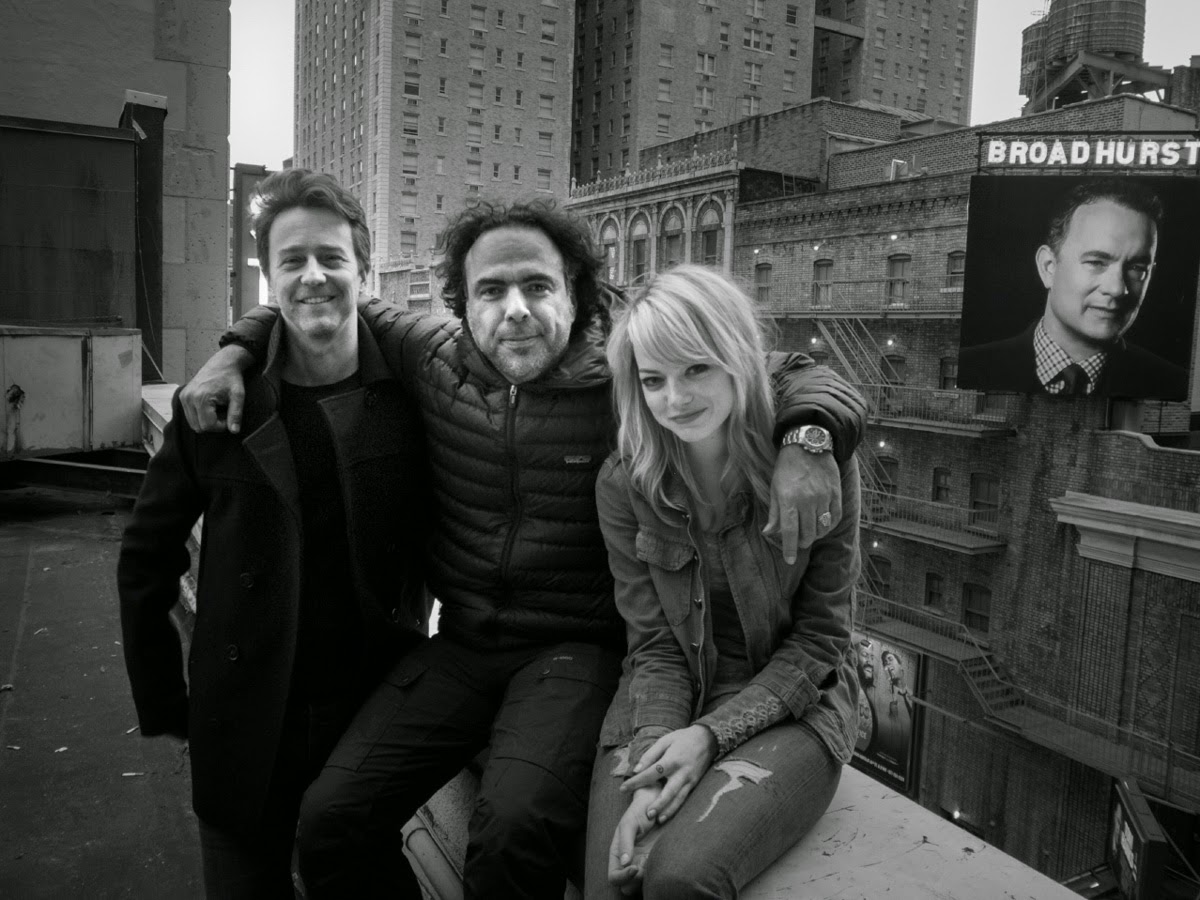 Did you know Alejandro González Iñárritu before making this?

Yeah, we had mutual friends. I was friends with Alfonso Cuarón. I don’t even remember when I met Alejandro. We were just friends with some of the same crowd, and I used to run into him, and we would talk. I find Alejandro to be a very exuberant person. He’s full of ideas and he’s very gregarious, so I always found him really passionate and positive and just a fun, funny guy. We always got along.

How did this project, Birdman, come to you?

I guess in February last year, someone said, ‘Alejandro is going to make this movie, and you should read it.’ I think he was in that phase where he’s sort of contemplating, ‘Who is this? What is this?’ and I read it, and I really wanted to meet with him the next day. I figured out how to get to him. I thought that the piece itself – even on paper, even without the concepts of how he was going to visually present the film – the piece was so funny and so knowing, and so cutting, and it was climbing inside the world that I kind of came up in. It delighted me so much. I went to him and I just said, immodestly, ‘Look, you can’t cast someone who is in actuality the embodiment of everything this is taking aim at. I’m putting in my glove, you have to cast someone who has come up, and who knows, and who has at least a little bit of authentic depth of experience, in this world.’ There were tiny things that I pointed out to him. I think I persuaded him. I do think I sort of got him feeling like this was a good fit.

There are many memorable scenes and one that is laugh out loud funny is the fight between you and Michael Keaton when you’re wearing swimming trunks. Was the fight scene a fun thing to do?

Yeah, I thought the fight was really funny. We lost a couple takes to Michael laughing at my bikini, or me laughing at him. He did the whole story of the abuse by the father a lot of different ways. He tried one where he took it over the top melodramatic, and weepy, and then he did some that were really angry and tight, and they were so funny. I have to be falling into a real deflating, ‘Oh jeez, I went too far here,’ and every time I cracked a smile, Alejandro was like, ‘Cuuuut!’

At the other end of the spectrum there are some very revealing scenes with your character and Emma Stone, who plays Sam, a troubled young lady, on the rooftop of the theatre. Tell me about working with Emma..

The rooftop scenes were tricky, just because in some ways they were a little more intimate and a little more honest. They weren’t so full of Shiner’s fantastic verbal flourishes. He really rips off a lot of great turns of phrase. I think they were quieter, and there were aspects of the dialogue in those scenes that Alejandro was tinkering with. He kept pulling pieces out, and putting pieces back in, and I never felt as confident. I think those were more of a hunt. The fight scene came pretty naturally, because it’s comical and just goes like a freight train. You had to get into that George Cukor mode of ‘Snap, snap, snap,’ no pauses, no nothing. You just had to go and go and go and the timing had to be great. There was a nuance to the rooftop scenes that was a little trickier, and she’s great, she’s terrific. I think it’s partly where Emma’s at, too. She said she was nervous. She was nervous about it. She hasn’t done theatre and she was nervous about that notion of not messing it up. I think that actually fed into. There’s a quality she has in those scenes that I really like, which is of a very young person who’s fronting a little bit. You can feel the veneer of fake tough, and I thought that was really lovely. You can feel her sort of hiding a fear. Updated: April 06, 2016 10:58 AM IST
Get personalized recommendations on what to watch across 50+ OTTs only on
About Author
Samarth Goyal