11 Bollywood Movies You Won't Believe Were Made By These Filmmakers

11 Bollywood Movies You Won't Believe Were Made By These Filmmakers

While filmmaking in totality is a wide stream mode of communication that doesn’t necessarily follow any genre, style or method, still when you think about a filmmaker in particular, there’s a certain brand of movies that go along with him.

For example, what would come to your minds if you were to think of Rohit Shetty as a director? Flying cars, bright colours, loud comedy, slow-mo action and Golmaal series right? What if we told you he started with a patriotic action drama based on a very sensitive real life event? Surprising isn’t it?

There have been plenty of such occasions when iconic filmmakers have dared to come out of their comfort zones and experimented with their own style of filmmaking.

Here are 11 filmmakers you won’t believe have made these films: 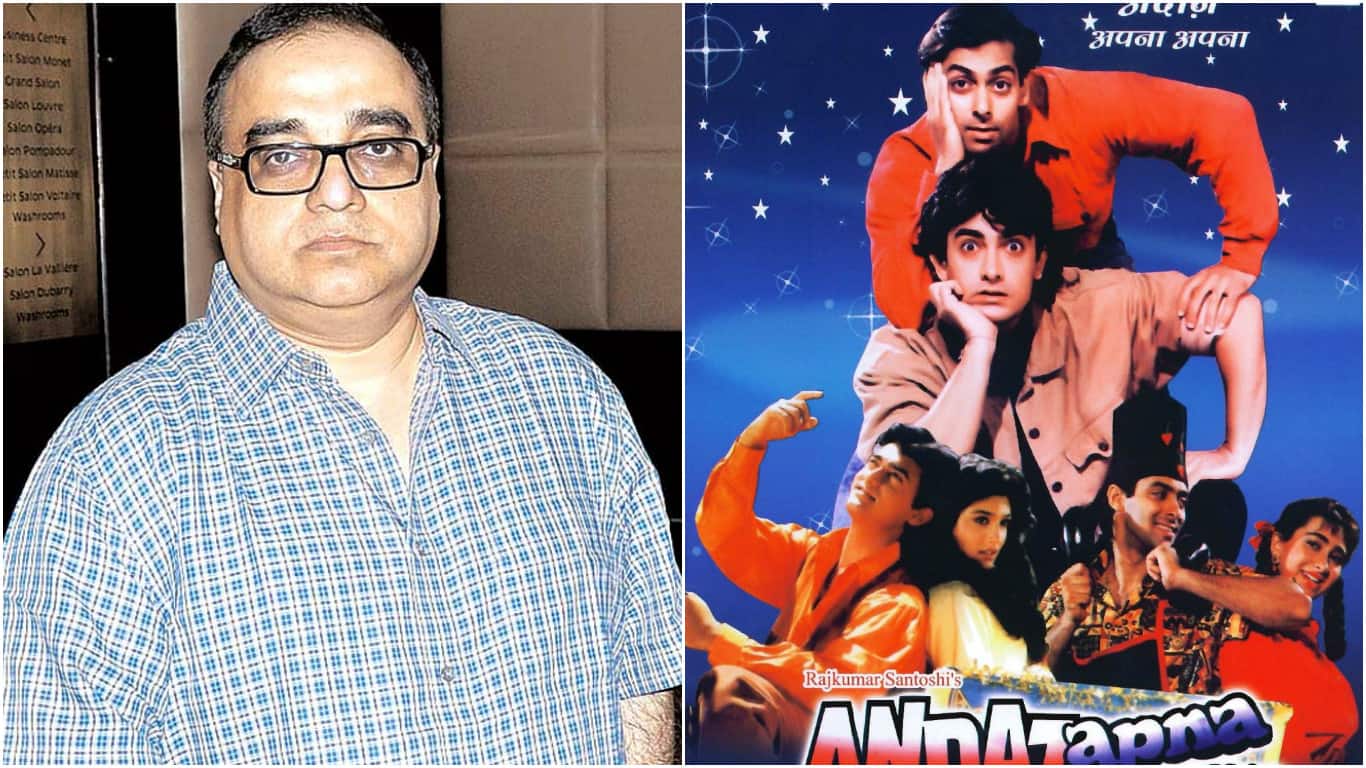 At a time he was at his peak crafting social dramas like Damini, Ghayal and Ghatak, he came out with an absolutely no brainer comedy in the form of Andaz Apna Apna. The cult classic comedy that we will forever thank him for got the entire industry of the hooks since they couldn’t believe someone like a Rajkumar Santoshi could make something like this. As a writer, it’s him who introduced us to the iconic Bollywood phrases like “Aai Laa & Oii Maa”. 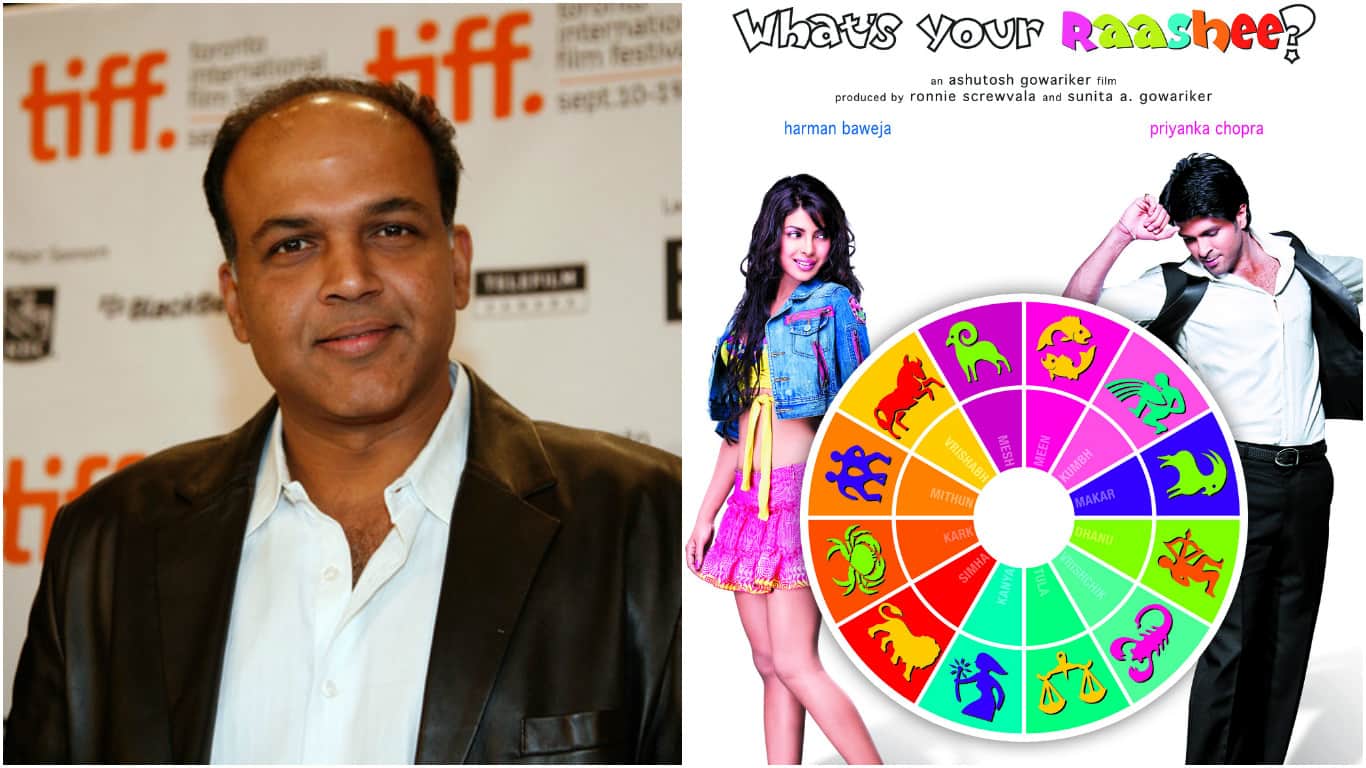 While he will always be put under the hammer for having made a film like What’s Your Raashee, the bigger mystery surfaced when someone with a stature of Gowariker chose to experiment in commercial entertainment space. Having been credited with films like Lagaan, Swades and Jodha Akbar, What’s Your Raashee was a major surprise for audience since they couldn’t really identify Ashutosh making such kind of cinema. We guess the filmmaker is only better at making larger than life rooted Indian stories! 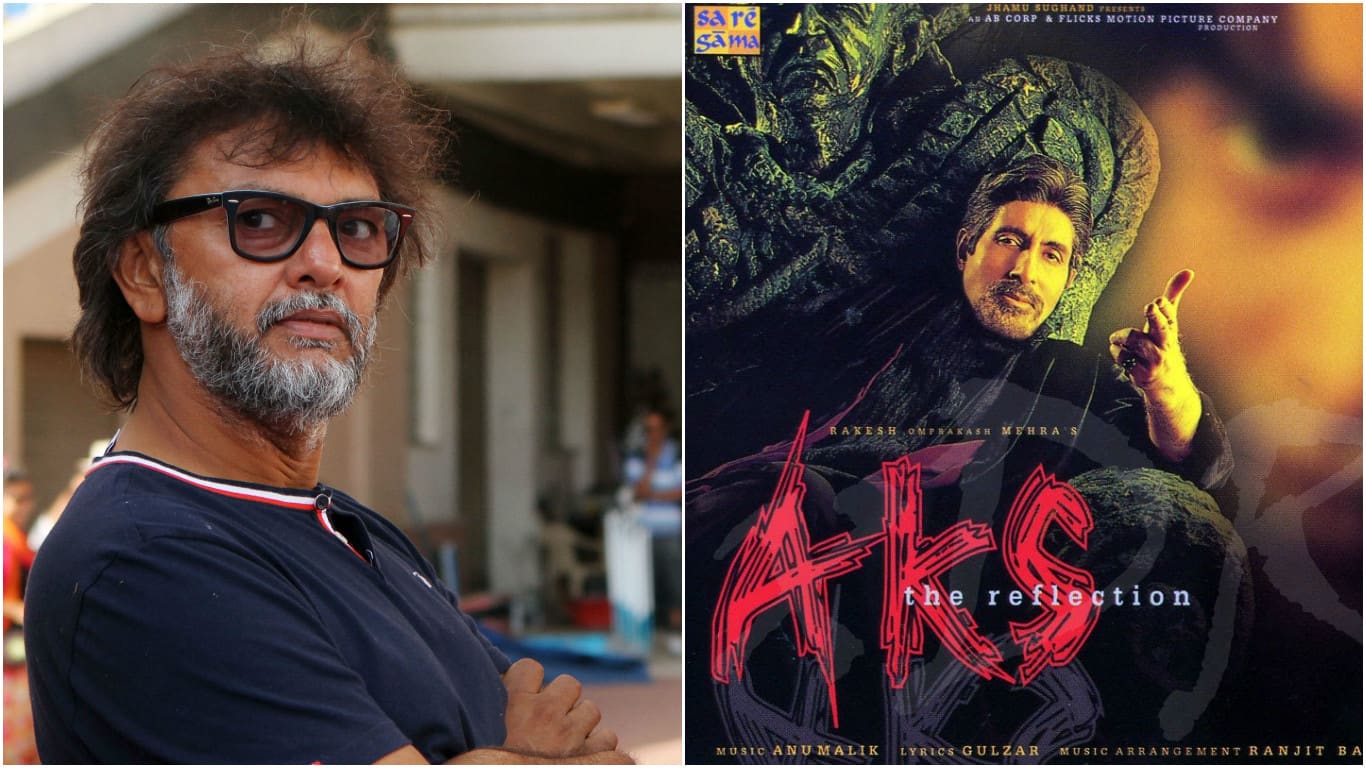 It’s sort of astounding how someone like Rakeysh Omprakash Mehra who we know for making films like Rang De Basanti, Delhi 6 and Bhaag Milkha Bhaag debuted with a film like Aks. While he gets full credit for having experimented at the very start of his career, what’s surprising is if he had the taste of making majestic projects on celluloid like Rang De Basanti, why’d he pick Aks to debut with. The film starring Big B, Manoj Bajpayee, Raveena Tondon and Nandita Das was a supernatural thriller that couldn’t find any connect with the masses. Wikipedia says Bazmee is known for having made films like Singh is King, Welcome and No Entry. Only they don’t tell you, he has made one of the most successful romantic films of the 90’s, ‘Pyaar To Hona Hi Tha’. The Ajay Devgn-Kajol starring project that is quite popular even today, comes off as a surprise now when you look at Bazmee’s present works. If he could make films like these, why is he stuck at directing films like Ready, No Problem and Thank You? The poster boy of all major comedies in the last decade surprisingly boasts of a debut quite contrary to his style of filmmaking. Based on the famous terrorist activity of Kandhar plane hijack, Rohit directed an action drama starring Ajay Devgn and Abhishek Bachcan ‘Zameen’ in 2003. We bet you can’t say it’s a Rohit Shetty directorial when you watch it today!

So someone who takes pride in being the sole driver of horror cinema in India right now, holds credit for making an absolutely hilarious comedy in 2002 that we know as Awara Pagal Deewana. Vikram, who at the time made a film like Raaz also shed out this piece of comedy that had everybody from Akshay Kumar and Johnny Lever to Paresh Rawal. Can we see him directing anything other than horror today? We guess not!

Karan Johar (My Name is Khan) This is something even the filmmaker agrees with! Karan who is primarily known to make large scale family dramas with an ensemble cast said he wanted to surprise himself by making a film like My Name is Khan. Talking about a subject as delicate as this, this directorial by Karan put him in the league of distinct filmmakers having a wide range of cinema. However, back in 2010 it was the biggest surprise he could come out with! 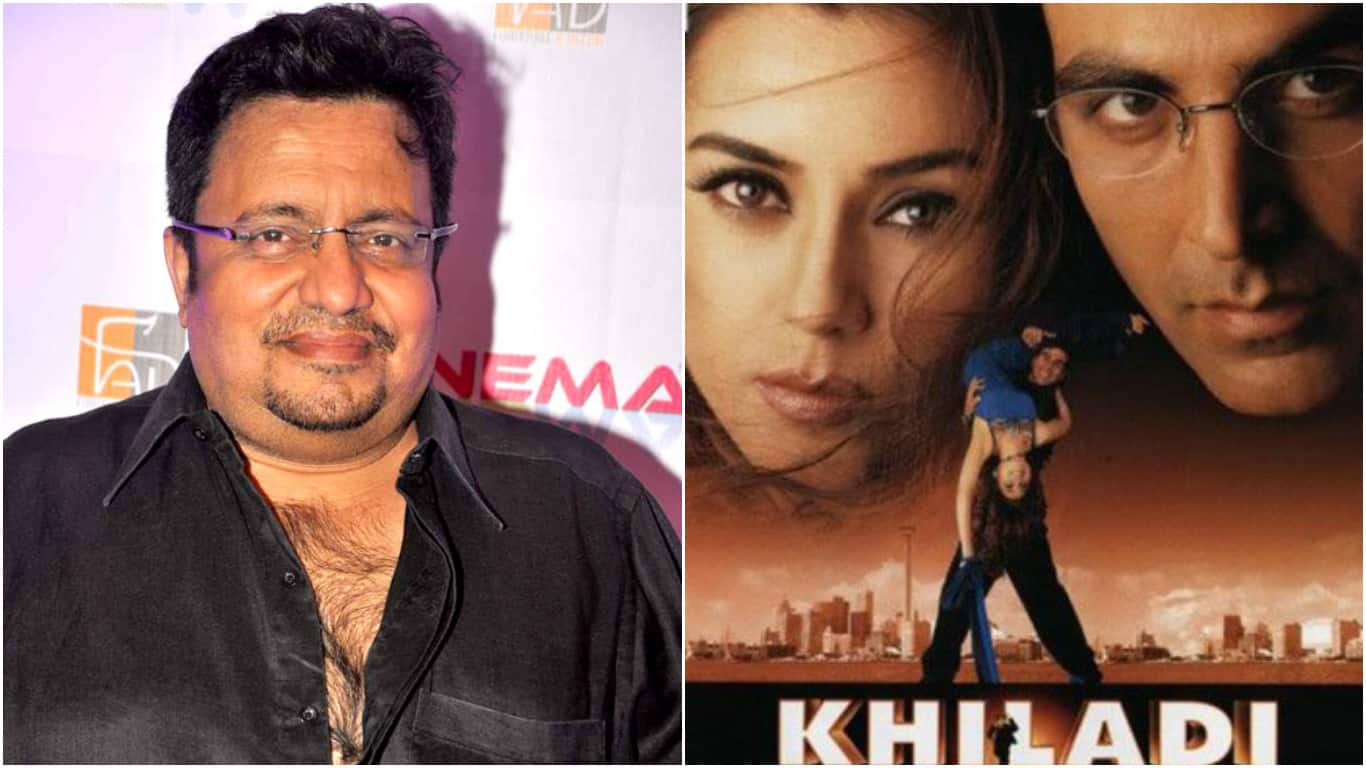 You look at him and you think he only knows how to make people laugh. While he may not have been the biggest of filmmakers off late, his acting and several written comedies makes him one of the biggest pioneers of contemporary comedies in India. From having written a comedy like Hera Pheri to directing its sequel Phir Hera Pheri, could someone believe he made a supereme action thriller Khiladi 420! Remember the iconic action sequence where Akshay Kumar jumped of a flying airplane in real?  It was his creation. The director duo that is distinctively the leader of suspense thrillers in India had a surprise in store they only showed us last year. Abbas-Mustan who we only know for making blockbuster thrillers like Khiladi, Baazigar, Ajnabee and Race experimented with themselves and launched the biggest comic figure of the present times Kapil Sharma. Last year’s release Kis Kisko Pyaar Karoon confirmed Abbas Mustan aren’t just thrill and suspense and action, they also have some funny bones! 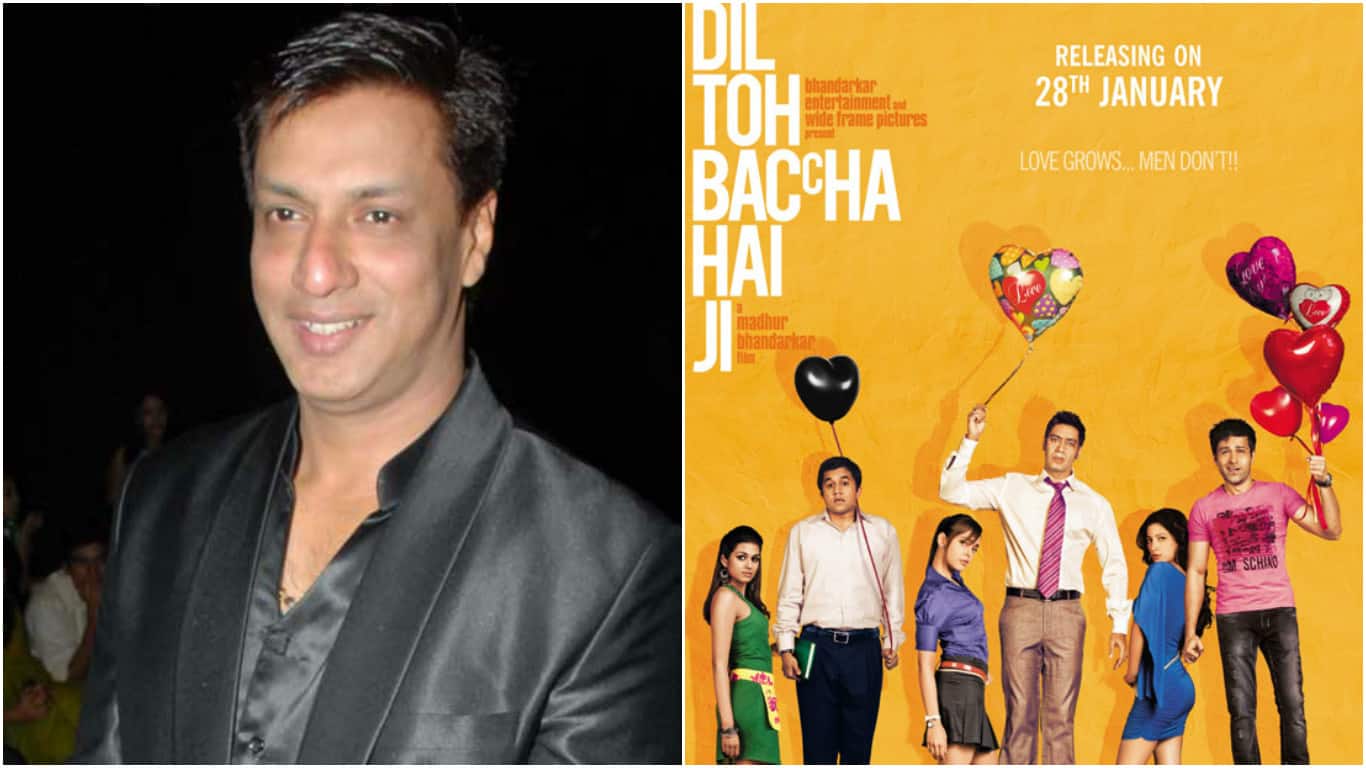 The hard hitting National Award winning filmmaker who was only known to make films based on real life inspirations surprised everyone by coming out with a film like Dil Toh Baccha Hai Ji in 2011. The romantic comedy that performed averagely at box office was a big statement by Bhandarkar that there’s more he can make beyond Chandni Bar, Satta, Page 3 and Fashion!

Here’s a filmmaker who despite having debuted with a film like Kal Ho Naa Ho couldn’t ever taste success later. He made some bad and monotonous movies like Salaam-E-Ishq, Patiala House and Chandni Chowk To China only to fall flat at box office. Yet when he took a big risk and surprisingly made a good film like D-Day, his luck didn’t change there either. Narrating a story of nabbing Dawood Ibrahim in his own backyard, D-Day was a gripping thriller. Years later, he made Katti Batti to establish the fact that he won’t change.

Stereotyping is never considered a healthy trend in film industry and when you look at these filmmakers going out of their realm and experimenting, it feels good! Let’s hope more of our modern day filmmakers adapt with the trend!

Updated: May 24, 2016 03:39 PM IST
Get personalized recommendations on what to watch across 50+ OTTs only on
About Author
Yatharth Chauhan