It’s hard to just get away from DDLJ trivia, even though the film as we speak has turned 23 years old. Everything about DDLJ hasn’t just been sheer creativity, persistence or imaginings, improvisations did its share of magic too. A dose of SRK’s improvisation recently caught our attention while he was speaking to a veteran journalist, about a particular scene in an old interview of his.

You do remember the scene where Raj & Simran are parting ways after the holiday, right? After having spent a month long vacation in Europe that got them too close, the two at the London Railway Station are bidding goodbyes. Raj as we see looks smitten by love, while Simran thanks him for the happy times. Just as they both turn around and start walking, Simran asks for his address, so she could send him her wedding invitation.

“Arey Raj, tumne mujhe apna address diya hi nahi, main tumhe apni shaadi ka card bhejungi. Tum aaoge na,”? Simran asks, heedless of what Raj might be feeling. Now here’s what Aditya Chopra had originally thought of. According to the director, Raj would have a reluctant smile and agree as most people would do, but without any intentions of really showing up. 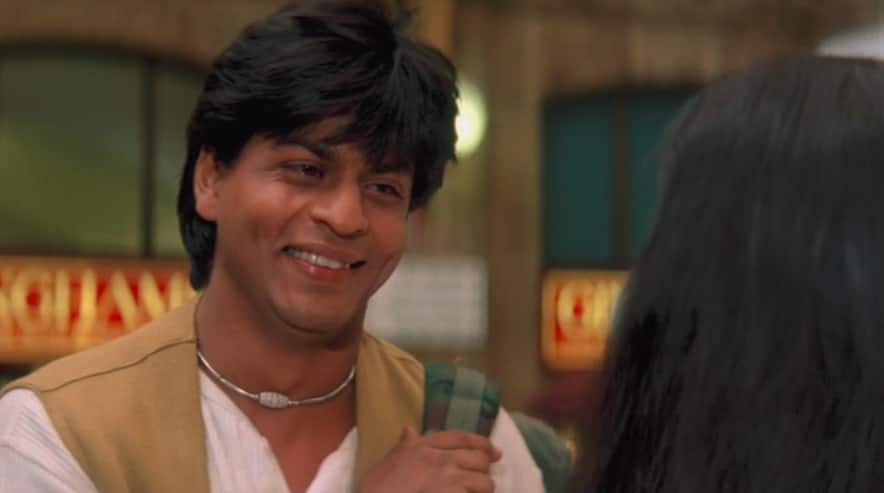 But what did Shah Rukh really do? “Nahi, main nahi aaunga”, he asserts, shakes his head, looks her in the eye, smiles and leaves. Now, this is what gets to Simran really. She stands motionless trying to decipher his reaction that she would only later understand. We as viewers feel exactly what Raj maybe feeling as the opening music of Naa Jaane Mere Dil Ko Kya Ho Gaya starts playing in the background. Phew! The whole intensity of the scene would not be what it is had it not been for the genius improvisation of SRK.

Going by Shah Rukh's own words, Aditya Chopra walked up to him in excitement and said: “It was so fantastic, how did you think of it?” Shah Rukh responded by saying, “I love her too much to fake my emotions.” He went on to reveal how this was a scene they had planned for a long time discussing how Raj must have wet eyes, look down and let the audience interpret his heartbreak. But we now know how Shah Rukh improvised and gave us a scene that remains etched in our memories as one of our all-time favorites.

Thanks, Shah Rukh! Nobody becomes ‘The King of Romance’ just like that. One needs a heart like you!

Meanwhile, you enjoy that beautiful SRK reaction and song here: