It is no secret that we love Rajkummar Rao. He is like the actor version of this low-budgeted, gem of a film that many people probably won't see but if they do they would most likely be stunned by its brilliance. So for the longest of time, our love towards him played the role of a trumpet; we want more and more people to know of his talent.

But fortunately, things have changed and the actor doesn't only get recognised more but nowadays, it is rewarded as well. And nothing exemplifies this more than the number of high-caliber projects that he has lined up.

Here's what the talented actor is doing next:

Rajkummar Rao will be part of another huge project called Love Sonia. The film will be directed by Tabrez Noorani and it is about a village girl who finds herself trapped in the sex trade market. The titular character will be played by TV actress Mrunal Thakur and the cast will have Richa Chadda, Demi Moore, Adil Hussain, Frieda Pinto and Anupam Kher besides Rajkummar Rao. The film will release on 14th September, 2018.

Rajkummar Rao will be seen in a horror comedy this year and opposite Shraddha Kapoor in this film. The film is about the legend of Nale Ba. Rajkummar will team up with his Newton co-star, Pankaj Tripathi once again. Along with him, Aparshakti Khurrana and Akash Banerjee will be seen in the suppporting roles. The film will release on 31st August.

Rajkummar Rao will once again team up with his Fanney Khan co-star, Anil Kapoor for Ek Ladki Ko Dekha Toh Aisa Laga. In this film, Rajkummar will be seen romancing Sonam Kapoor. It also has Juhi Chawla. The film, which will be a romantic drama, will be releasing on 1st February, 2019.

Rajkummar Rao will be seen with his Queen co-star Kangana Ranaut in this quirky comedy film. The film's posters have genarted curiosity for the crazy that it tries to depict. The film will produced by Ekta Kapoor and directed by Prakash Kovelamudi.

Rajkummar Rao will be seen in the role of a Gujrati businessman in the film, Made In China. In this film, he has been paired opposite Mouni Roy. The film will show how his character becomes a prosperous enterpreneur.  The film will be directed by Mikhil Musale, who had directed the National Award winning Gujarati film Wrong Side Raju. The filming will begin from September 2018.

Rajkummar Rao in #MadeInChina... Produced by Dinesh Vijan... Directed by Mikhil Musale, who had directed the National Award winning Gujarati film #WrongSideRaju... #MadeInChina will be shot in Ahmedabad and across China... Starts Sept 2018... Official announcement: pic.twitter.com/YqJmH1hl3v

Rajkummar Rao will be venturing into Hollywood with this film, that will be directed by Namrata Singh Gujral. The film is about an American journalist, played by Nargis Fakhri, who will come to India to cover a Bollywood wedding. Rajkummar Rao will play an officer, who is assigned to prevent any investigation by her. The film will also have  Anneliese Van der Pol, Bo Derek, Candy Clark and Shiwani Siani. It will release in 2018.

Rajkummar Rao will be seen in the Ramesh Sippy movie which also has Hema Malini. He has been paired opposite Rakul Preet Singh. the film has been completed and has been left unreleased yet! 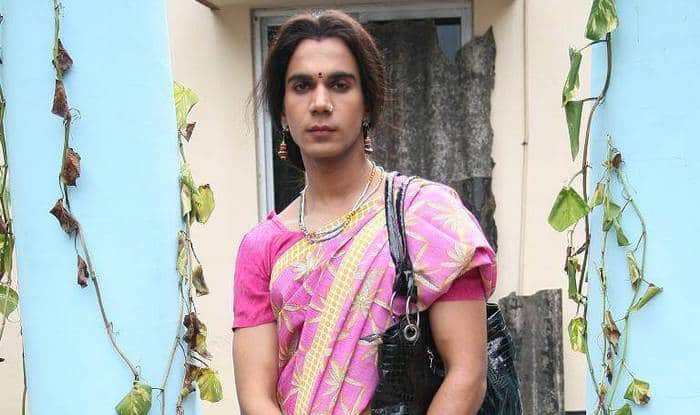 Rajkummar Rao will also be venturing into regional film with the Bengali movie Ami Saira Bano. Rajkummar will play a boy, who feels like a girl from inside and is thus sent to the transgender community who rechristens him as Saira Bano. With this film, he also became the first mainstream Bollywood actor to play a transgender. The shooting has been finished and it is stuck in post-production stage.

Isn't Rajkummar Rao just amazing? We hope to see more of him for the coming years!