Sidharth Malhotra belongs to that small group of up-and-coming stars in Bollywood that have made an impact in a short span of time.

We are in fact so obsessed with the actor that we evaluate his career at every chance we get. Whether it is demonstrating his evolution or pitting him against Varun Dhawan (another actor in the small group of up-and-coming stars).

While Sidharth Malhotra's last few films have failed to impress the audiences, he is all set to be back with a bang with his upcoming releases. Here is a list of his upcoming projects:

Siddharth Malhotra will reunite with his Hasee Toh Phasee co-star, Prineeti Chopra for this film on forced marriages that are prevalent in many parts of India. The film will spin a love story around the practice of kidnapping grooms and forcefully getting them married. The film also stars Javed Jaffrey, Neena Gupta and Aparshakti Khurana and will release in mid 2019. 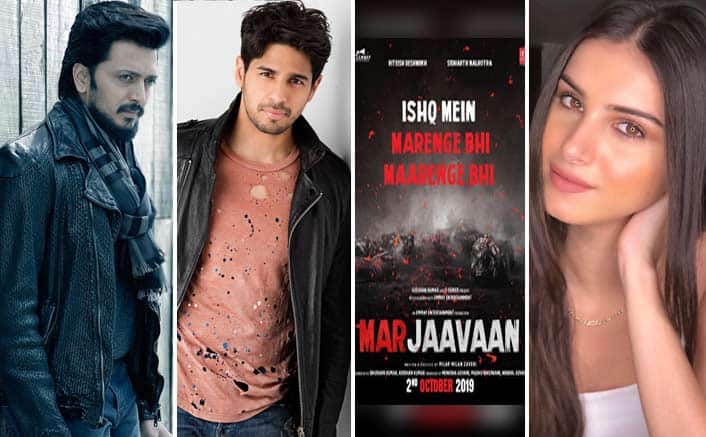 Sidharth Malhotra has been signed for yet another film and this time he will team up with Milaap Zaveri. In this film, he will be seen romancing newcomer Tara Sutaria and he will reunite with Ek Villain co-star, Riteish Deshmukh.

A few months ago it was reported that after the success of Aashiqui 2, it has been decided that a sequel has been green-lit. And this time, the pairing that would be seen on the silver screen would be of Sidharth Malhotra and Alia Bhatt. While Alia's presence is still pending confirmation, it is for sure that Sidharth has bagged a role in the film that will be helmed by Shashank Khaitan. Sidharth has come on board to play Kargil martyr Captain Vikram Batra in the biopic. He is said to have a double role in the film where he will also essay the role of his twin brother Vishal. The actor is to undergo preparation for the role while the markers work on the script. The film will be directed by Vishnu Varadhan and will be bankrolled by Dharma Productions and Shabbir Boxwalla.

Updated : September 02, 2016 07:49 AM
Get personalized recommendations on what to watch across 50+ OTTs only on
About Author
Zinia Bandyopadhyay