The Real Story Of The Battle Of Saragarhi That Has Inspired Akshay Kumar’s Kesari!

The Real Story Of The Battle Of Saragarhi That Has Inspired Akshay Kumar’s Kesari!

The trailer of Akshay Kumar and Parineeti Chopra starrer Kesari dropped today. From the trailer itself, we can be lest assured that this will be a story of valour and courage, where the fighters continued to oppose the efforts of their rivals till their last breath. It is also almost known to all that the film will be based on the Battle of Saragarhi that took place between the Afghans and a handful of Sikh warriors. But what was so significant about the fight that it inspired a film?

Well, there have been many versions of the story of the battle, like all popular folklore. But what is known for a fact is that just 21 soldiers martyred themselves while protecting the heliographic post at Saragarhi against some 10000 Afghan soldiers! This small post was important as it connected two major forts overlooking the modern day Khyber Pakhtunwa area. It was the northwest frontier of the British India that was frequently attacked by the Afghans!

To capture the entire area, the Afghans had set their eye on the Fort Lockhart. However, they had to go through Saragarhi. There were just 21 sepoys put in the area and it was the weakest point. So, the Afghans decided to attack this point first. One of the sepoys, Gurmukh Singh realized that they were under attack and sent signals to the commander at Fort Lockhart. However, he could not send force at such a short notice. Then these soldiers, under Ishar Singh decided to put up a brave fight! 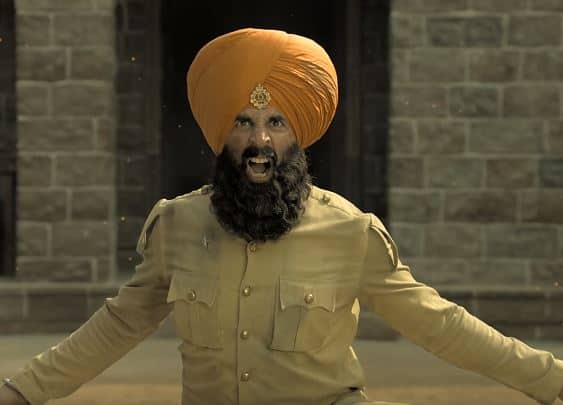 21 soldiers taking on 10000 is something only the bravest of the brave can think off. The Sikh regiment had put up a brave fight and had been able to kill as many as 180 Afghans. In fact, they sacrificed their lives to the battle one by one, but they delayed the capture for so long that before the Afghans could even go for Fort Lockhart, the English Army arrived and recaptured it within 2 days!

Such was their valour in the face of death that their tale still lives on. Like Kesari, a TV series too was made with Mohit Raina as Ishar Singh and there is another film- Battle of Saragarhi, on the pipeline that has Randeep Hooda in the lead.

Are you excited to see Akshay Kumar’s intense act as Ishar Singh? Let us know in the comment section!

Updated: February 21, 2019 06:49 PM IST
Get personalized recommendations on what to watch across 50+ OTTs only on
About Author
Zinia BandyopadhyayEditorial Team Desimartini
Watches films and series, and always has an opinion on them. Loves to talk in front of the camera, and sometimes off it. Ambivert who craves entertainment. Sucker for drama and hates monotony.