John Abraham ’s latest release Satyameva Jayate is a film that would have been better suited for another era. While film makers of today are trying to Bollywood to new heights by telling stories that are fresh and new, director Milap Zaveri has taken a detour and re-visited the era of angry young man in Bollywood when thing were all about ‘baap ki maut ka badla’and corrupt police officials.

Here are 5 films that we were reminded of while watching Satyameva Jayate.

One has simply has to have a lot of courage to try and rip off something as iconic as Deewar. The whole brothers standing on opposite side of the law in Satyameva Jayate will instantly remind you of Deewar. Plus the whole deal two brothers having different ideas as to how to remove the ‘kalank’ from their dead father’s name will immediately remind you of ‘ Jaao pehle uss aadmi k sign leke aao jisne mere haath pe like diya mera baap chor hai.’ Come on Milap Zaveri!

This Mithun Chakraborty movie is not only similar to Satyameva Jayate in terms of graphic violence but also in another aspect. Even in Gunda, hero and villains constantly have angry poetry face-offs and people recite couplets before and while dying. In the same way in Satyameva Jayate, John Abraham makes sure to recite Sanskrit poetry before he burns corrupt police officials alive. 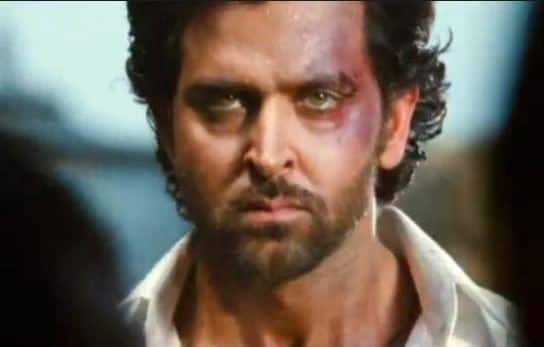 Another films that you will be reminded of while watching Satyameva Jayate is Agneepath especiallynthe new one with Hrithik Roshan in the lead. As if the use of blood and fire to show action was not enough throwback, the whole ‘imaandar baap ki maut ka badla’ is straight out of the film. It does not help that the actor Chetan Pandit who played the role of small Hrithik’s father in Agneepath is the same actor playing the role of John and Manoj Bajpai’s father in Satyameva Jayate.

The whole deal of John Abraham being a vigilante and killing corrupt police officers and being smart enough to out manoeuvre everyone is straight out of Akshay Kumar starrer Gabbar Is Back that came out in 2012, which in itself was the remake of 2002 Tamil film Ramanna. How original Milap Zaveri! Such respect, much wow!