5 Times Bollywood Celebrities Worked With Actors After Dissing Them

5 Times Bollywood Celebrities Worked With Actors After Dissing Them

Celebs Who Worked With Actors After Dissing Them

Bollywood is undoubtedly the land of dream makers and perhaps this is the reason why things seldom seem real here. In the ever changing dynamics of Bollywood, one can never be certain when friends turn for foes or foes suddenly turn friends.

While most celebrities prefer to keep it politically correct when talking about colleagues, but sometimes they all seem to get carried away by honesty and often end up dissing other actors in public. While some continue the cold war for ages, some prioritize professionalism over fights and have no qualms jumping on board a project with the same colleague. Here are the ones we are talking about. In 2014, when Bombay Velvet was about to release, Anurag Kashyap made an appearance on the infamous Koffee With Karan along with Anushka Sharma. Kashyap went along with the candid nature of the show and quipped that Abhishek Bachchan needs to challenge himself. The comment did not go down too well with the Bachchan family and the cold vibes continues for a while. However, recently Anurag cast Abhishek in his film Manmarziyaan which was also Abhishek’s comeback film after a hiatus of 3 years. During the interview the duo declared they have buried the past and had a great experience working with each other on the very special project. Recently in an interview, Vidhu Vinod Chopra revealed that during the audition of 1942: A Love Story, he thought Manisha Koirala was a terrible actress. However, the actress proved him wrong by giving a stellar performance in the film and recently he she was also seen playing the pivotal character of Nargis Dutt in Sanju which was produced by Vidhu Vinod Chopra. Two of them stunned the audience with their respective performances in Queen. However, when Rajkummar came on Neha Dhupia’s talk show with Radhika Apte he did not hesitate saying that Kangana is the biggest diva he has ever worked with. Despite the very public diss, the duo will be sharing screen space in the upcoming film Mental Hai Kya.

Somewhere in 2011, Shahid Kapoor refused to sign a film opposite Sonakshi Sinha saying that the actress would look too old for him on-screen. We could only be certain that Sonakshi was not too thrilled about the comment. However, they were not cast as the lead pair in R…Rajkumar in 2013 but the rumor of their affair was rife at that time and they also made an appearance on Karan Johar’s infamous talk show together. 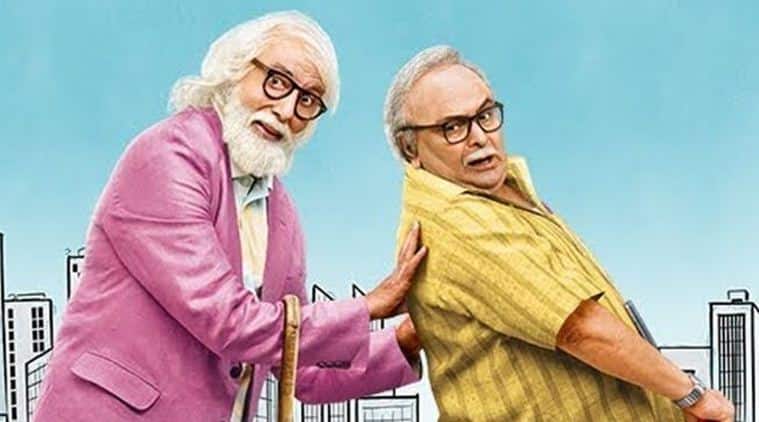 Always the one to but bitter truth out the way it is, Rishi Kapoor had no qualms admitting that he had issues with Amitabh Bachchan. He dissed Bachchan by saying that during the heydays of his and Bachchan’s career in 70s and 80s, directors evidently were biased towards Bachcan for his action hero image and him and other actors were often treated unjustly because of him. However, the two legends and veterans joined hand after 27 years for 102 Not Out and stunned us all.

Updated: July 07, 2019 03:12 PM IST
Get personalized recommendations on what to watch across 50+ OTTs only on
About Author
Avipsha Sengupta