Salman Khan Talks About His Bond With Shah Rukh Khan, Reveals What He Wished For On His Birthday

Salman Khan Talks About His Bond With Shah Rukh Khan, Reveals What He Wished For On His Birthday

Salman Talks About His Bond With SRK

Salman Khan just turned 54 and he celebrated his birthday with a kicking birthday bash where his friends and family literally danced the night away as the party continued till about 7 A.M. in the morning. Amidst many Bollywood A-listers, the focus was of course, on Shah Rukh Khan who dropped in at the party at around 3 A.M. and made a quick exit after wishing Salman a happy birthday. Post the party, Salman interacted with the media and talked about his bond with Shah Rukh. He said, “We share a very positive bond and mutual admiration for each other. Shah Rukh Khan is a very dear and old friend. Even if we do not meet on a daily basis, we are very much in touch.”

When asked what did he wish for on his birthday, Salman said, “Continued enthusiasm and strength to give back the same kind of love that my fans have blessed me with, for the last three decades of my career in cinema is all that I wish for.” 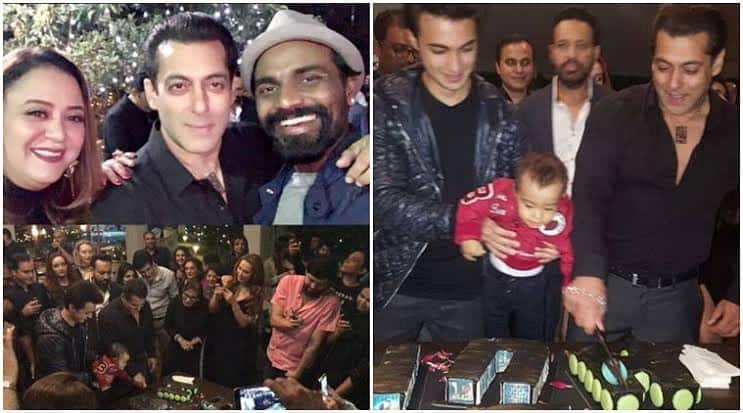 Salman also opened up about Dabangg 3 doing good business at the box-office despite the chaotic political situation and on-going protests in the country. Thanking his fans, he said, “It feels great if this is the sentiment. I, only and only attribute this to the love that I get from my fans. In the last three decades, they have always loved and supported me with my every project. I feel blessed.”

Updated: December 29, 2019 02:02 PM IST
Get personalized recommendations on what to watch across 50+ OTTs only on
About Author
Avipsha Sengupta