Kannada Film Actor Komal Beaten Up In Full Public View After His Car Brushed A Bike!

Kannada Film Actor Komal Beaten Up In Full Public View After His Car Brushed A Bike!

In a very disturbing incident, a popular Kannada actor was beaten up  after his car brushed against a bike. The incident happened in Bengaluru on Tuesday evening and in full public view.

The actor, Komal, was bleeding from his nose and mouth when passerby intervened. He was taken immediately to the hospital and was discharged after first aid had been administered. 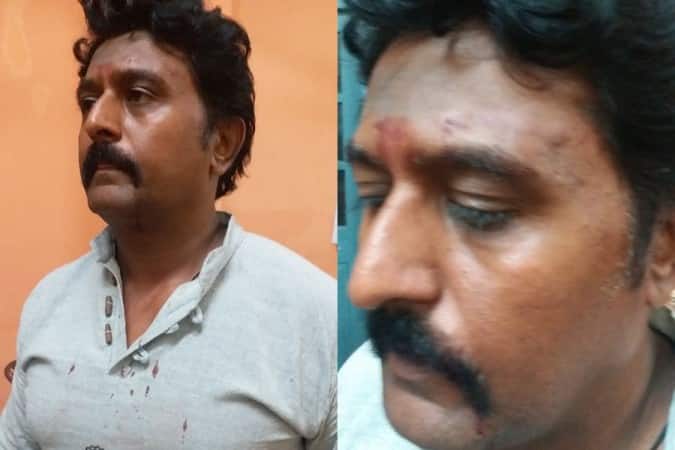 A video has emerged where the actor can be seen raising his hand first. The situation soon went out of hand. See the video here:

Talking about the incident, the actor said, "I was driving my daughter to her tutorial centre. When we were on our way, a bike brushed against my car. The people on the bike used foul language and attacked me as soon as I got off my car. I do not know who that is. I am facing a lot of issues after my film released. I do not know what to do about it."

Komal’s brother, actor and politician Jaggesh has said, "A miscreant attacked my brother for a silly reason. They waylaid my brother's car and fought with him. The rider was with a girl and wanted to show his dadagiri. I request the police to put an end to such incidents. It is causing fear among ordinary citizens."

The Police has arrested the bike rider and is also investigating the case.

Updated: August 14, 2019 02:18 PM IST
Get personalized recommendations on what to watch across 50+ OTTs only on
About Author
Zinia BandyopadhyayEditorial Team Desimartini
Watches films and series, and always has an opinion on them. Loves to talk in front of the camera, and sometimes off it. Ambivert who craves entertainment. Sucker for drama and hates monotony.