Kick 2, Munna Bhai 3, Krrish 4- Bollywood Film Sequels We Have Grown Up Hearing Will Happen, But Their Fate Is Still Uncertain

Kick 2, Munna Bhai 3, Krrish 4- Bollywood Film Sequels We Have Grown Up Hearing Will Happen, But Their Fate Is Still Uncertain

Films come and go but not all of them set fans up in the hopes of seeing a sequel and then just keep up hanging. If you’re getting flashbacks of the several films that you might have expected a sequel too but never got it, well the feeling of being betrayed is mutual.

Be it waiting for Hera Pheri 3 that we have literally grown up hearing about now (since it been over a decade it was announced) or a Munna Bhai 3 for which even posters (Munna Bhai Chale America) were released but the film never did, we’ve have now really given up hope on these projects.

Aankhen 2 - Who remembers hearing about Aankhen 2 but never seeing the film? Me! Well, the official announcement was made back in 2016 with Amitabh Bachchan , Arshad Warsi and director Anees Bazmee even attending  special event for it, but where’s the film people?

Three years later in 2019, Anees Bazmee was asked about it he even confirmed that the script is nearly ready and Amitabh Bachchan has also been signed! Cut to today, there’s no news of the film going on floors. Aankhen released in 2002 the thriller was a big success starring Akshay Kumar , Paresh Rawal and Arjun Rampal along with Big B. Munna Bhai 3 – The funny thing about the next film of the Munna Bhai franchise is that it once even got a teaser but the film never got made. Then the film which was titled Munna Bhai Chale America was eventually called off until last year there was suddenly a frenzy again when everyone started saying yes, Munna Bhai 3 is happening. 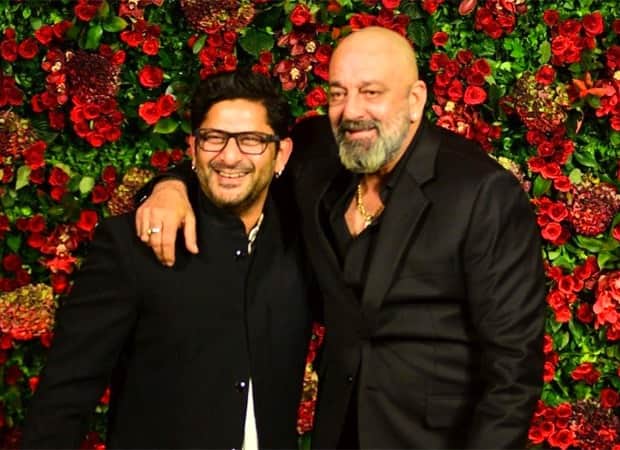 From the film’s producer Vidhu Vinod Chopra to filmmaker Rajkumar Hirani to even Arshad Warsi have been reported to have confirmed that the film is underway. Well, let’s just say after the long wait we’d wait for Munna Bhai himself to confirm it.

Go Goa Gone 2 - The 2013 surprise hit Go Goa Gone’s sequel is long awaited. To our joy producer, Dinesh Vijay even announced it very recently on Twitter and even said that instead of zombies the film will show an alien invasion this time. Well, the cast of the original, Saif Ali Khan , Kunal Kemmu has refused outright be approached for the film even though they very much want it to happen. Let’s just say for now that Go Goa Gone 2 is still further away than we imagine it to be, but let’s hope not too far.

No Entry 2 – Now this one has a title too, or atleast it had one! No Entry Mein Entry is another Anees Bazmee project that hangs in the balance. Several reports have come and gone claiming that Salman Khan is in it then he’s not in it and the more reports claiming that the makers are finalizing the cast and then even more has been said about Salman Khan getting replaced. Right from Akshay Kumar, Arjun Kapoor to even Hrithik Roshan ’s names have been taken but it still remains uncertain when the film with happen.

Krrish 4 - You might have been hearing about a Krrish 4 off and on in the news and the makers have always kept our hopes up that the film is happening. If you’ve not counted then it’s been nearly seven years keeping our hopes up to see Hrithik return as the Indian superhero we love him so much as with the last film of the franchise, Krrish 3, having released in 2013.

Now in 2019 Hrithik confirmed that the film will begin soon but there’s still no clarity when we ought to expect it.

Kick 2 – It's one film that has been announced and then keeps getting pushed back further and further in the calendar of the makers, meanwhile Salman Khan keeps signing on newer movies. It’s been going on like this since 2013 when the original released and filmmaker Sajid Nadiadwala has been saying he’s working on a script. Well, it’s been a while we’ve been hearing that and have even been given a promise of a 2021 release, well let’s hope that they don’t miss this deadline too.

Hera Pheri 3 - After Hera Pheri 2 in 2006, the wait for the third film of the franchise has been a rollercoaster ride much like the climax of a Priyadarshan comedy. From hearing that the cast has been changed from our beloved trio to John Abraham , Abhishek Bachchan to these actors eventually hopping off the bandwagon and the return of Akshay Kumar and Suneil Shetty we have seen it all in the past 14 years.

Now, last year Akshay Kumar denied reports of a Hera Pheri 3 while Suneil Shetty went ahead and confirmed the script is being written to makers announcing it for 2021 we'll have to wait and watch if we finally get served.

Updated: March 27, 2020 05:48 PM IST
Please Subscribe us OnGoogle News
12 OTTs. 1 App. Subscriptions start at Rs 50/month *Billed annually
About Author
Arunita TiwariEditorial Team Desimartini
A binge-watcher living by the motto ‘just one more episode’ till I realize it is 4 am. During the day busy writing to tell you all about it.