Love, Patriotism and Sacrifice- This Is The Real Story Of Raazi’s Sehmat Khan

Love, Patriotism and Sacrifice- This Is The Real Story Of Raazi’s Sehmat Khan

A daughter, a wife, a spy –The trailer of Alia Bhatt and Vicky Kaushal starrer Raazi is out and its difficult to tear your eyes off Alia in this Meghna Gulzar directorial. The two-minute trailer is packed with the intensity that Meghna Gulzar is known for and even with the fleeting glimpses, it’s evident that it will be an incredible story that will keep you on the edges of your seat. However, you might fall off the very same chair when you realize that it is a true story, and Sehmat is not actually a figment of the imagination.

Harinder Sikka was a disillusioned Indian Navy Officer who went to Pakistan to write media articles on the Army’s intelligence failure during the 1971 Indo-Pak war. It was during this time he got to know about this Kashmiri Muslim woman who married a Pakistani Army Officer and provided sensitive classified information to India during the war. 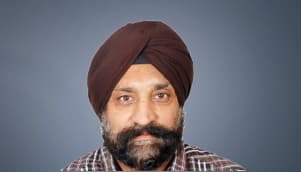 Intrigued, Sikka set out to meet the woman at her house in Maler Kotla in Punjab. Sikka describes her a quiet woman who did not speak much. In fact, it took a good amount of pleading on Sikka’s part to convince her to share her story. But once she started talking, that story that unfolded was a glorious mess of valor, patriotism and human emotions. Sikka understood that it was a story that the world deserved to know but at the same time maintaining her anonymity was also of paramount importance. Thus the fictional name Sehmat Khan came into being to give this story the voice it needed, but not before the promise that Sikka would not publish the book in her lifetime, a promise Sikka kept.

In his novel, Calling Sehmat, on which the Raazi is mostly based on, Sikka somewhat fictionalizes the story of Sehmat which was probably too explosive to be presented in its undiluted form. But even then it is a story of ultimate sacrifice that the world has not heard before.

It was her father who chose this path for her. An established and affluent businessman of Kashmir, it is difficult to understand why her father would want something so dangerous for his daughter. But that is how Sehmat’s story is perhaps- astounding and devoid of reason.

Sehmat in Pakistan became the tutor of the grandchildren of General Yahya Khan and had access to intelligence that was invaluable to the Indian Army. In fact, it was due to her timely information that India was able to save INS Viraat on which India’s naval prowess was greatly dependent on. Time and again Sehmat has passed on invaluable information to Army without caring about the consequences of getting g exposed or putting her putting marriage at stake, given she actually fell in love with the Pakistani Army Officer she married simply to get access to intelligence information.

When she came back to India from Pakistan, she was pregnant with the child of his Pakistani husband who on growing up went on to join the Indian Army.

Even in her apparent anonymity, Sehmat Khan’s story is one that valor, patriotism and sacrifice can derive its definition from.