It is always a delight to have a conversation with Manoj Bajpayee. Other than the fact he is quite articulate in his detailing and very knowledgeable about the medium of cinema, he is also refreshingly honest and candid in his spoken words. The actor has stayed unchanged over the years even after working on 60 odd films that have been quite diverse while belonging to different genres. Now that Sonchiriya is releasing, he is the first to admit that the length of his role in the Ronnie Screwvala produced film is not huge but then the content has a lot to offer. 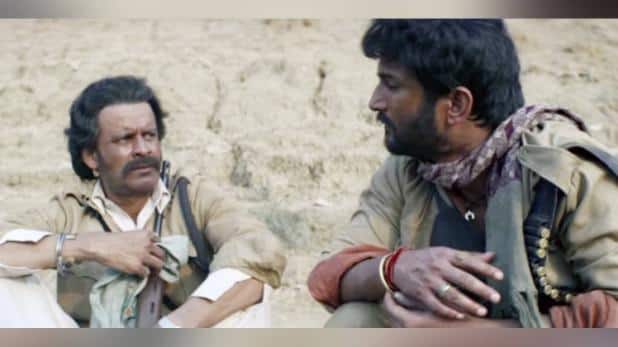 "I wanted to work with director Abhishek Choubey and I am glad that wish of mine has been fulfilled with Sonchiriya," says Manoj about the three film old director who has to his credit films like Udta Punjab, Ishqiya and Dedh Ishqiya.

Though he has been a veteran actor with wide range of experienced gathered during last 25 odd years, Manoj has retained his child like excitement when it comes to collaborating with newer talent film after film. That was evidenced last year as well when he worked with five directors for the first time in his career.

What separated them from each other was the fact that they all came from a different school of filmmaking. While Ahmed Khan [Baaghi 2] and Milap Zaveri [Satyameva Jayate] went all out 'masala' with their films and too him on board as the antagonist and the protagonist respectively, Mukul Abhyankar, Tabrez Noorani and Dipesh Jain went into an experimental zone with him in Missing, Love Sonia and Gali Guleiyan respectively. 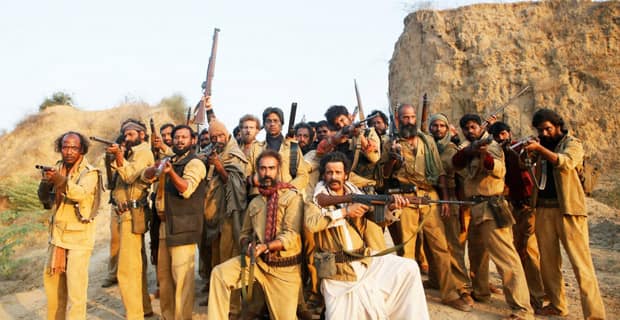 "It is truly an amazing time to be in the industry as so many new filmmakers are coming up and are trying to tell a story in their own way. The industry is not just restricted to directors from a Mumbai or a Delhi. There is so much talent emerging out of smaller towns, cities and the interiors of the country. This is truly heartening for an actor like me as I can now be a part of a different kind of cinema film after film. Really an amazing time to be in the industry," Manoj Bajpayee says with genuine happiness reflecting in his voice.

Sonchiriya is one such film where Sushant Singh Rajput is leading the show with Manoj Bajpayee playing a relatively smaller but critical part.

"Even though my role in the film is not as lengthy when compared to the other actors, it is quite significant. The number of days that I have spent during the making of the film have not been too many but then the learning has been huge and immense. Moreover, the sheer experience of working with Abhishek has been fantastic. I had loved his work from the earlier films but after Sonchiriya I have come out respecting him a lot more as a filmmaker and script writer," says Bajpayee in appreciation of the director.

An ensemble affair, the film has Manoj Bajpayee step into the ravines of Chambal as dacoit Maan Singh while sharing frame with actors as diverse as Sushant Singh Rajput, Ashutosh Rana, Ranvir Shorey and Bhumi Pednekar. "Each of these actors has brought in so much to the film by totally surrendering to the kind of vision that Abhishek has carried for Sonchiriya," says Manoj, "Sushant has the ability to throw himself into the interpretation of the director. So has been the case with Bhumi as well. I am amazed that there is this Bombay girl who has done something on screen that she has never been exposed to in her real life. Sheer dedication and believability that she has brought out in her part as this woman from Chambal is outstanding."

He has special words reserved for the other key actors in the film, Ranvir Shorey and Ashutosh Rana.

"Ranvir has enacted the role of a lifetime in Sonchiriya. He is going to surprise you all; he is just so amazing. As for Ashutosh Rana then well, he is actually that tiger who was waiting for this kind of a role. You would see electricity on screen when he comes on the frame."

Well, we look forward to that sort of electricity from Manoj Bajpayee too as well as the film as a whole when Sonchiriya releases all over this Friday.