Virat Kohli and Priyanka Chopra are the two Indian celebrities who have made it to the Instagram Rich List 2021. The actress with over 64 million followers on the photo-sharing app ranked 27 on the list where she was ranked 19 last year. Cricketer Virat Kohli on the other hand, with over 125 million followers according to the list has surpassed his rank 23 from last year and in 2021 is placed on the 19th spot.

Priyanka who holds extensive influence in both East and West is according to the 2021 rich list charges $403,000 (Rs. 3 crore) per sponsored post, while Virat who is the captain of the Indian cricket team charges $680,000 (Rs. 5 crores) per post on the photo-sharing app. 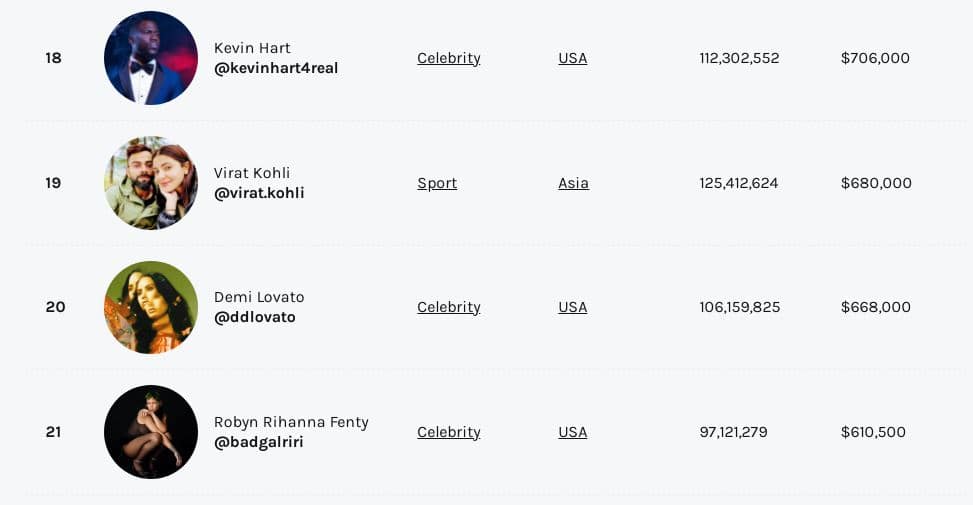 Updated: July 02, 2021 05:06 PM IST
Get personalized recommendations on what to watch across 50+ OTTs only on
About Author
Arunita TiwariEditorial Team Desimartini
A binge-watcher living by the motto ‘just one more episode’ till I realize it is 4 am. During the day busy writing to tell you all about it.