When is Hera Pheri 3 coming? Probably all film lovers who had watched both Hera Pheri and Heera Pheri 2 had asked this question. However, it has been years since Hera Pheri 2 had come out and most of us have made peace with the fact that the franchise might have ended with the second part. But, looks like that's not true at all. Or at least, that is what producer Firoz Nadiadwala has assured fans. 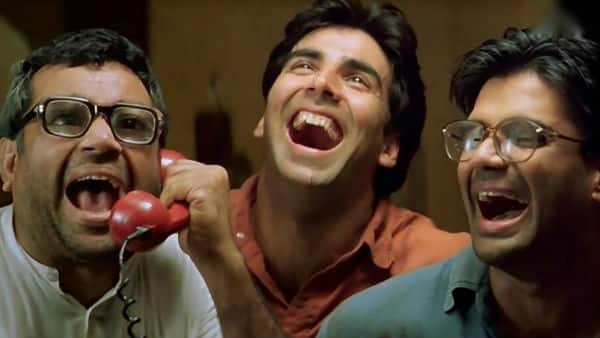 It was yesterday that Hera Pheri celebrated its 21st anniversary! And on the day, Firoz Nadiadwala confirmed that the script of the third part is ready. Talking to Pinkvilla, he said, “The script is finalised and you will hear an official announcement soon. The idea is to have not just Hera Pheri 3, but several more Hera Pheri’s and we are working keeping that in mind. We were being extra careful on the script. Now that we have things in place, I can say, banegi tab do teen Hera Pheri saath mein banegi, Inshallah. We will make up for the time gap between part two and three.”

That does sound reassuring, isn't it? Now, we are waiting for the third part even more eagerly than before and hope that the announcement is made soon.

Updated: April 01, 2021 09:12 AM IST
About Author
Zinia BandyopadhyayEditorial Team Desimartini
Watches films and series, and always has an opinion on them. Loves to talk in front of the camera, and sometimes off it. Ambivert who craves entertainment. Sucker for drama and hates monotony.