Subhash Ghai Reveals Ramchand Kisanchand's Story Has Nothing To Do With Ram Lakhan, Madhuri Dixit Might Be A Part Too

Subhash Ghai Reveals Ramchand Kisanchand's Story Has Nothing To Do With Ram Lakhan, Madhuri Dixit Might Be A Part Too

Audiences and fans had been elated when Subhash Ghai hinted at a sequel of Ram Lakhan. Called Ramchand Kisanchand, it would reunite Anil Kapoor and Jackie Shroff . But, there had been no confirmation about whether the film would be a sequel or an independent idea. Now, Subhash Ghai has himself opened up about the project.

The team recently had a reunion as Ram Lakhan celebrated its 32nd anniversary. The cast- including Jackie Shroff, Anil Kapoor, Madhuri Dixit and Anupam Kher , along with the director, had met up to celebrate the day. It was on this occasion that Subhash Ghai talked about Ramchand Kisanchand. Speaking to Pinkvilla about reuniting the cast on-screen as well, he said, “I have been toying with an idea for the last two years which I have also been writing. It’s called Ramchand Kishanchand. The story is different and has nothing to do with Ram Lakhan, but revolves around two cops - one good and one bad. They share a love and hate relationship and come from different states. The relationship between them is just fantastic and it will be the same chemistry that you expect from Ram Lakhan. I have discussed this project with Anil and Jackie and they are very keen about it.” 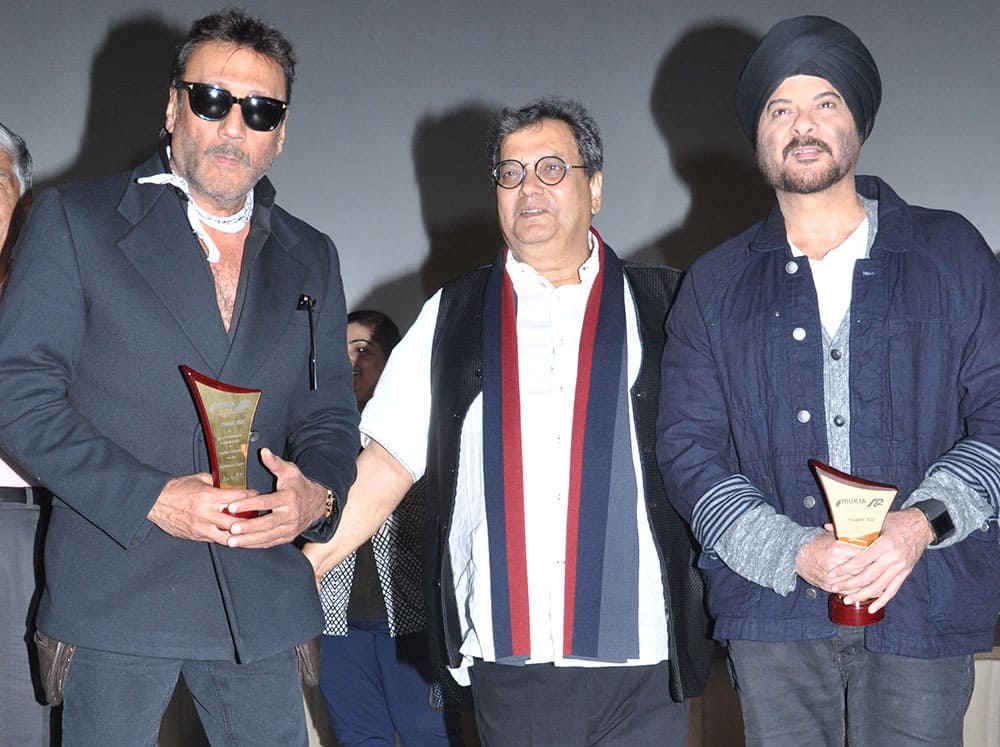 In fact, he is also of the thought that Madhuri Dixit should be a part of the project. We are sure that if Ghai himself approaches her, she would never say no! We hope the film is made soon and the audiences get to enjoy their crackling chemistry once again.

Updated: January 29, 2021 09:51 AM IST
Please Subscribe us OnGoogle News
12 OTTs. 1 App. Subscriptions start at Rs 50/month *Billed annually
About Author
Zinia BandyopadhyayEditorial Team Desimartini
Watches films and series, and always has an opinion on them. Loves to talk in front of the camera, and sometimes off it. Ambivert who craves entertainment. Sucker for drama and hates monotony.