Whether its romance, comedy, drama, social-drama or political drama, Bollywood has always had films in each genre to be proud of. Especially, good social and political dramas have launched the career of many talented directors in the history.

Often in social or political dramas, the discourse around media is a common feature. Bollywood, in fact, has made quite a few films keeping the field of media and journalism in the center. However, if there is one film that truly stands out in this genre, it is undoubtedly Raj Kumar Gupta’s Rani Mukerji and Vidya Balan starrer No One Killed Jessica which came out in 2011. 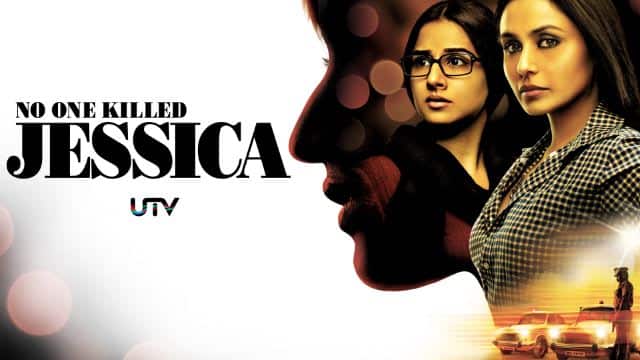 The film was based on the infamous Jessica Lal murder case that rocked the capital city of Delhi in 1999. It is, perhaps, one of the best portrayal and study of journalism in the country.  The uneven battle that Jessica’s family fought with Manu Sharma, the perpetrator of the crime, who was a son of a powerful politician was made even when one journalist driven by the raw passion for the true essence of her profession decided to shake up the balance structure and ultimately became instrumental in finally justice being served.

The very title of the film was inspired by a headline and it can be an excellent study of topics like trial by media, the role of media in the society, investigative journalism.

To begin with, the feel of the film was extremely real and it actually showed how media works in real life. One of the best parts about the film was that it did not tamper with the facts of the case and made no attempt to sensationalize the narrative. From the witness statements to the infamous tape of sting operation of the prime suspect, Bollywood actor Shayan Munshi, played by Neil Bhoopalam in the film, things were kept absolutely real. Check out the clip on YouTube and the same scene in the film and it will prove how well documented and factually accurate the film was.

Apart from being a case study on how investigative journalism should be carried out the film put forward every quality that a journalist should possess through Rani’s character Meera Gaiti. The film perfectly captured how media can be instrumental in dispensing justice and really set the wrongs right. In a lot of ways, the film re-instated faith in journalism and surely inspired a whole new generation to see the profession in a light that it deserved.

In fact, in many media courses across the country, the film is shown as a part of the curriculum to explain the concept of trial by media, which although a tricky concept in media ethics, proved its power with this case which was perfectly captured by the film.

Just like the media did in Jessica Lal’s case, the film had its conscience in the right place and with strong women characters played brilliantly by Rani Mukerji and Vidya Balan, the film made a strong case for the profession that is said to be the fourth estate of democracy.


Updated: January 07, 2019 05:14 PM IST
Get personalized recommendations on what to watch across 50+ OTTs only on
About Author
Avipsha Sengupta