Amidst the news of the growing closeness between Kasautii Zindagi Kay lead actors, Parth Samthaan and Erica Fernandez, the actress has done something that would suggest that she is over Shaheer Sheikh. Erica, who played Sonakshi in Kuch Rang Pyaar Ke Aise Bhi, has unfollowed ex co-star Shaheer on social media. However, Shaheer continues to follow Erica on social media.

It was rumoured that Erica and Shaheer were dating during the days of Kuch Rang Pyaar Ke Aise Bhi. It was also said that their relationship worsened when Erica learned about Shaheer two-timing with her with Indonesian actress Ayu Ting Ting. 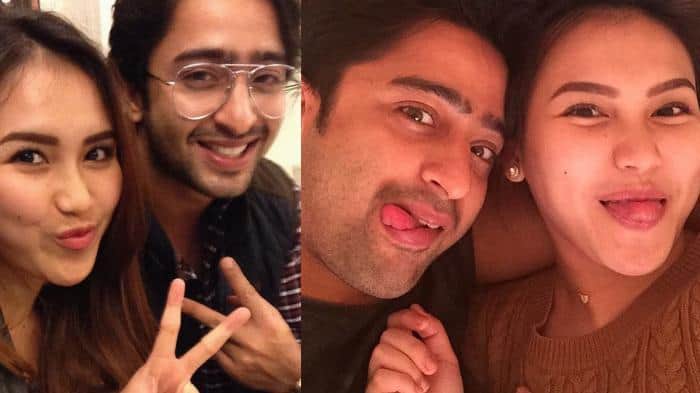 The two maintained a cordial relationship even after their alleged breakup. So what might be the reason for Erica unfollowing Shaheer on social media? Is this is a sign that she is absolutely over with Shaheer and is ready for a new beginning with Parth?

Parth sparked rumours of him dating co-star Erica when he posted a cryptic message on dating someone else’s ex.

Recently Erica also had a #ASKEJF session where she asked fans to ask her about anything. When one of the fans had asked which co-star she would choose over the other, she replied, "Both are different personalities. You can’t compare them. Both are good in their own way.”

Which pair do you like more- Parth and Erica or Shaheer and Erica? Let us know in the comments below.

Updated: April 24, 2019 09:13 PM IST
Get personalized recommendations on what to watch across 50+ OTTs only on
About Author
Zinia BandyopadhyayEditorial Team Desimartini
Watches films and series, and always has an opinion on them. Loves to talk in front of the camera, and sometimes off it. Ambivert who craves entertainment. Sucker for drama and hates monotony.