Urfi on trolling about her recent airport look

Urfi Javed recently made headlines for her sheer black airport outing which had many eyebrows raising. The Bigg Boss OTT contestant has now opened up about being trolled for the look which according to many people commenting on paparazzi posts was inappropriate.

Well known for her self-styled outfits, Urfi has now grown adept to such comments from haters. While she’s unconcerned about what the trolls have to say about her fashion choices, when she was asked about copying Bella Hadid and Kendall Jenner with her recent looks during an interview with ETimes, she said she looked hotter than Kendall in that outfit but defended her look saying that she did not copy anyone.

Being accused of her outfit being a copy, Urfi said, “I look hotter than Kendal Jenner in that outfit, so why not? Firstly I didn't copy her. I wore that black cut-out dress one day after Kendal. How is it possible to get it done in just one day? We seem to have the same choices and they're great, can I help that?” 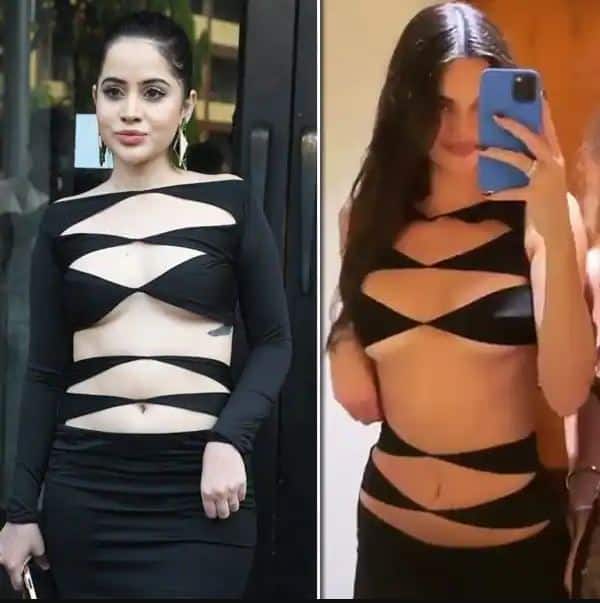 Urfi further spoke of her head-turning sheer airport look and said, “This is what people were saying below the Diet Sabya post that carried me in that outfit. It's not me saying per se. They even said I carried it better than Bella Hadid. I agree with them as far as the Bella comment goes!”

When certain comments readout for Urfi about her airport look spoke about the appropriateness of her dress the actress fired back wondering if we were going forward in time or backward.

Updated: November 27, 2021 01:19 AM IST
About Author
Arunita TiwariEditorial Team Desimartini
A binge-watcher living by the motto ‘just one more episode’ till I realize it is 4 am. During the day busy writing to tell you all about it.