Keerthy Suresh Was Afraid and Felt Pressure To Play Savitri

Keerthy Suresh Was Afraid and Felt Pressure To Play Savitri

Keerthy Suresh has worked in the upcoming Nag Ashwin directorial Mahanati which is based on the life of actress Savitri. The actress played the titular role and said that she was under a lot of pressure to perform at her best. The movie is also featuring Dulquer Salmaan , Samantha Akkineni, Vijay Devarakonda, Akkineni Naga Chaitanya and Anushka Shetty in pivotal roles and is all set to release on May 9.

The actress said, “People kept telling me that I was very lucky to have been chosen to play the role of Savitri, and their comments scared me. I felt the pressure to work even harder than usual. I took up to 20 takes to perfect a scene. Though we have mentioned a few films, we have concentrated on her personal life. We approached her daughter Chamundeswari for inputs”.

Keerthy read books about Savitri to create an image of her in mind. She even mentioned her director Nag by saying that he gave her valuable inputs to play the role perfectly. The actress has dubbed her own lines in the movie and it took her a two-month training course to improve her Telugu diction. 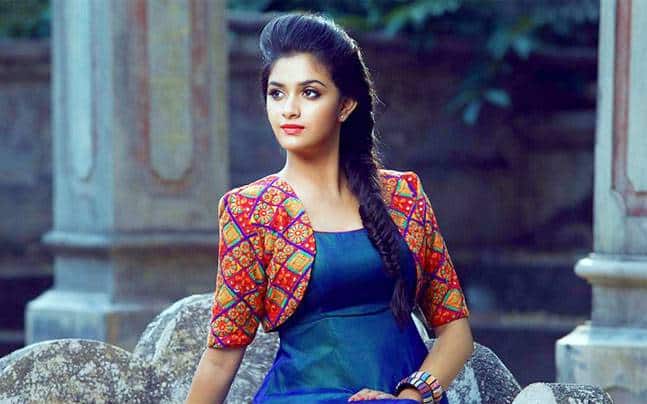