Niharika Konidela Pairs Up With Naga Shourya For Her Debut Movie

Niharika Konidela Pairs Up With Naga Shourya For Her Debut Movie

Daughter of Nagendra Babu, Niharika Konidela is making her big screen debut. Niharika will be playing the female lead in the film touted to be a romantic entertainer. It is also being said that she will be paired opposite Naga Shourya. If rumours are to be believed, the movie will be jointly produced by Madhura Sreedhar and TV9.

Naga Shourya will be seen playing the lead actor in this movie. Ramaraju, known for directing 'Mallela Teeramlo Sirimalle Puvvu', will be directing this movie. Naga Babu agreed to put his daughter in the hands of Ramaraju for her debut movie.

It will be exciting to see the girl from popular film family to step into showbiz. She was interested to act in movies and her father gave nod to her. She will be the first actress from mega compound after a series of male heroes. 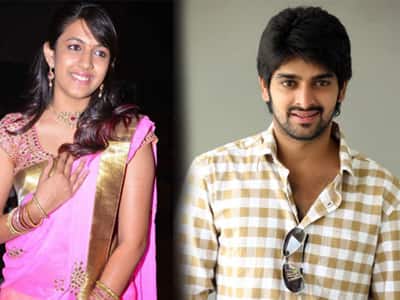 Updated: September 26, 2015 08:24 AM
Get personalized recommendations on what to watch across 50+ OTTs only on
About Author
Sahil Khanna