If Bollywood Stars Were Cartoon Characters from the 90s

If Bollywood Stars Were Cartoon Characters from the 90s

Right from Ducktales to Flintstones, Scooby Doo to Powerpuff Girls, those were definitely the best childhood days!

Just for kicks we cast our own Bollywood stars in an exclusive version of cartoon characters from the 90s! Take a look!

Karan Johar definitely suits the role of Professor Utonium. There can be one M-o-j-o Jojo and that has to be Nawazuddin Siddiqui!

Presenting Aishwarya, Priyanka and Deepika as Blossom, Buttercup and Bubbles! 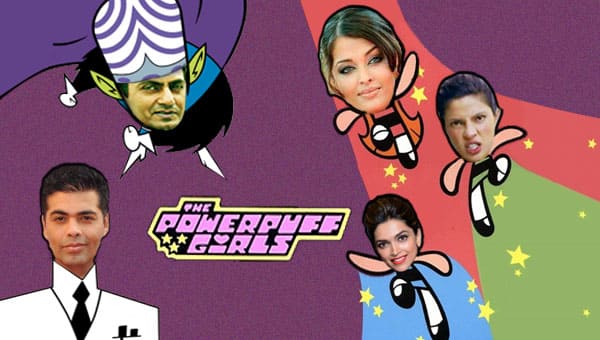 Kalki Koechlin makes the perfect Dee Dee and of course, our inhouse masiha for all students can only be Aamir Khan as Dexter!

We can hear you sing Dexter ki Lab-ra-to-ry...

Big B is the richest duck in Hindi cinema. His popularity among youngsters makes him the most apt person to be Uncle Scrooge! 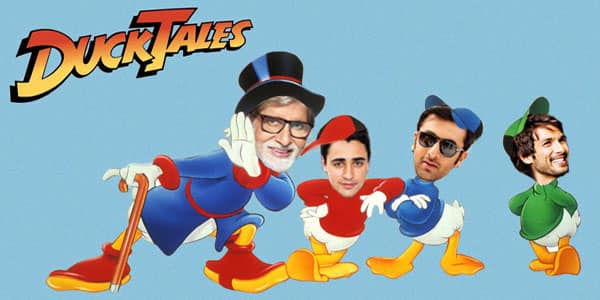 Ranveer Singh was born to be Bugs Bunny! His hyperactive nature and flamboyance have just the right energy. Uday Chopra is our cute and clever Tazz all thanks to his madness hour! Nargis Fakri suits the character of Daffy Duck (Hint: Tazz's cool friend).

Anushka is our sweet little Lola (She's tall now, but she surely came in a small package)  and we think, Tiger Shroff is apt for Tweety, given their facial structures are almost the same!

Sonu Sood's passion for taking off his shirt everywhere and anywhere, leaves us with no other choice but to cast him as Mowgli because Though Hrithik Roshan's greek god body might not be a result of eating spinach, but we couldn't help imagining him as Popeye the Sailor Man! To add, he'd look amazingly cool with Olive, Katrina Kaif.

We should get a casting award for choosing Nikitan Dheer as Brutus! Munna and Circuit are meant to be together as Fred and Barney! We'd also keep Arshad's real life wife as Betty, and Jaqueline as Welma, sans the red hair. With Sidharth Malhotra as Fred, newbie Vivan Shah as Shaggy, Alia as Daphne and Drama Queen Parineeti as Velma, this show would be super successful! To top this cast up, Anil Kapoor as Scooby Doo will rule the roost! The world knows about their sweet and sour love-hate relationship! Tom (Salman) and Jerry (Shahrukh) would be the best casting till date! Say cheese ya all!

Updated: March 13, 2015 10:41 AM IST
Get personalized recommendations on what to watch across 50+ OTTs only on
About Author
Deepali Arya