Chhicchore Collects Over 7 Crores On Day 1

Nitesh Tiwari’s Chhichhore had promised to bring back the nostalgia of our college days. But the film is a lot more than that. With the perfect medley of emotions, Chhichhore has received positive reviews, but with Saaho still running, it was difficult for the film to open too big. 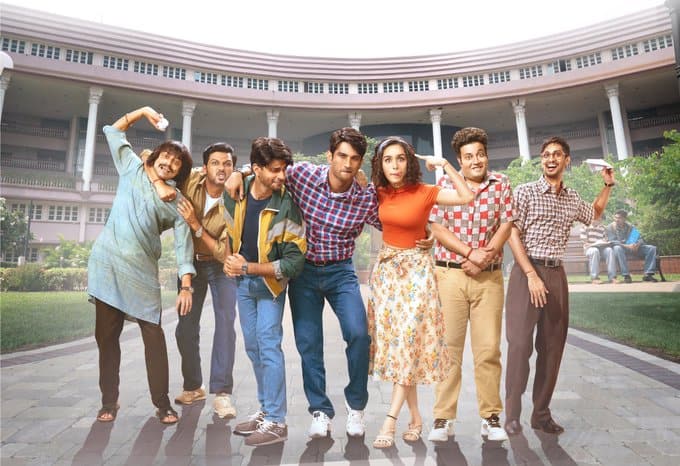 But Chhichhore has managed to open well. The film. Which has a low budget, has earned 7.32 crores on Day 1. This is a good trend since the evening shows showed growth. Thanks to the positive reviews, the film is supposed to do even better on Saturday and Sunday!

#Chhichhore goes from strength to strength on Day 1... Witnessed a big turnaround in evening and night shows... Word of mouth has come into play, which will translate into solid growth on Day 2 and 3... Weekend biz is sure to spring a big surprise... Fri ₹ 7.32 cr. #India biz.

If we do not take the big-budget film, M.S. Dhoni: The Untold Story, which was of a different league altogether, this opened bigger than most of Sushant’s films. In fact, it opened slightly better than Kedarnath as well. Chhichhore is the second biggest opener for Sushant Singh Rajput!

Chhichhore is a story about 6 friends- the losers who recount their college days to prove that more than winning, it is the fight that counts. The film stars Sushant Singh Rajput and Shraddha Kapoor along with Varun Sharma, Tahir Raj Bhasin, Naveen Polishetty, Tushar Pandey, Suharsh Kumar Shukla and Prateik Babbar in key roles.

Have you watched the film? Did you like it? Will the film be able to cross the 100 crore mark?  Let us know in the comments.

Updated: September 07, 2019 12:29 PM IST
About Author
Zinia BandyopadhyayEditorial Team Desimartini
Watches films and series, and always has an opinion on them. Loves to talk in front of the camera, and sometimes off it. Ambivert who craves entertainment. Sucker for drama and hates monotony.