Fawad Khan's The Legend Of Maula Jatt Trailer Is Giving Us Way Too Many Feelings To Contain Ourselves!

Fawad Khan's The Legend Of Maula Jatt Trailer Is Giving Us Way Too Many Feelings To Contain Ourselves!

Please raise your hand if you had been missing watching Fawad Khan on the big screen.

Post Ae Dil Hai Mushkil , it had been a tough time for all Fawad Khan fans who had to bear with the fact that he would not be working in Bollywood anymore. In fact, after 2016, he hasn't been seen on screen at all. But in all the public appearances that he would make, he sported a beefy look that made us all super excited. And now is the time for the culmination of this excitement because guess what- his new film is all set for release. 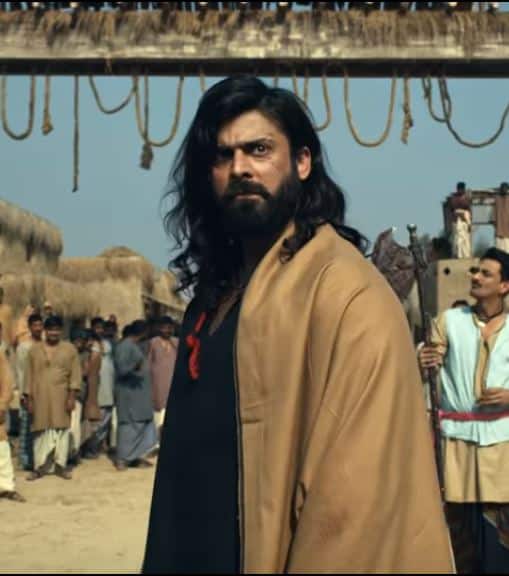 Fawad Khan will be seen playing the titular character in the Pakistani film that will revive the Gandasa genre of films that were attempted by a film of the same name in 1979. Even though this film will use some of the dialogues from the older version, it is not a remake but a fresh take on the legend. Fawad Khan is clearly the main attraction in the movie. Right from his look to his intensity, he is killing it. You will see the trailer on loop because even replaying can make you contain enough of the Fawad Khan excitement. The man is back, and how. But what is even more interesting is the fact that Fawad Khan will be seen together once again with his Humsafar co-star Mahira Khan. So, you can very well expect how the chemistry is going to be.

Hamza Ali Abbasi is also killing it with his look and villainy seems to be dripping from his eyes. Humaima Malik is looking stunning in every frame that she is appearing in.

The trailer is intense, with very few words. But this promises of a film that has never been seen before in Lollywood and hopefully, this might be taking Lollywood to a whole new level altogether.

Check out the trailer here:

Updated: December 22, 2018 02:12 PM IST
Please Subscribe us OnGoogle News
12 OTTs. 1 App. Subscriptions start at Rs 50/month *Billed annually
About Author
Zinia BandyopadhyayEditorial Team Desimartini
Watches films and series, and always has an opinion on them. Loves to talk in front of the camera, and sometimes off it. Ambivert who craves entertainment. Sucker for drama and hates monotony.