The first song from Sushant Singh Rajput and Jacqueline Fernandez starrer Drive is here and we are just so pleasantly surprised. Directed by Tarun Mansukhani, Drive was previously supposed to be a theatrical release. However, after a long delay, the film will now premiere on Netflix on 1st November. 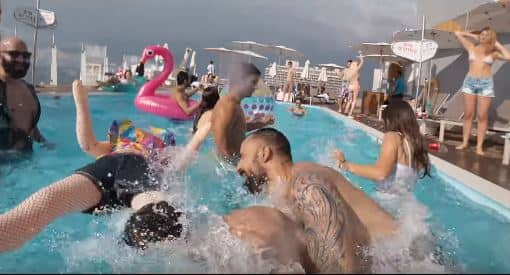 The first song from the movie is named Makhna and has all cast members including Sushant, Jacqueline, Vikramjeet Virk, Sapna Pabbi and others. The video of the song has been shot in the backdrop of Tel Aviv, Israel and will really remind of you all the best vacations you have ever been to with your friends. The video looks like a travel vlog and is a hoot.

The music, composed by Tanishk Bagchi, though an original composition, has an almost identical vibe and feel of Sooraj Dooba Hai Yaaron with a little bit of Duma Dum Mast Kalandar thrown in the initial bits. Sung by Asees Kaur and Yaseer Desai, it perfectly gels with the upbeat vibe of a kickass vacation and the gorgeous locales of Tel Aviv. 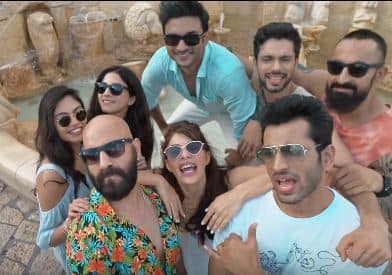 Sushant and Jacqueline, who will be sharing the screen for the first time seem to have comfortable chemistry and the entire group looks very convincing as a bunch of friends away on a holiday. It also somewhat justifies the title of the film as it is one of those upbeat and peppy number that would be perfect for long drives with friends.


Updated: October 03, 2019 12:57 PM IST
Get personalized recommendations on what to watch across 50+ OTTs only on
About Author
Avipsha Sengupta