Aiyaary Is A Commercial Mainstream Film With Thrills, Drama And Pace - Manoj Bajpayee

Aiyaary Is A Commercial Mainstream Film With Thrills, Drama And Pace - Manoj Bajpayee

The name Manoj Bajpayee carries certain weight behind it. While he has been an integral part of the industry for over a couple of decades, the kind of films that he is doing is making heads turn for sure. One such film is Aiyaary which is arriving on 9th February. A thriller which features him along with Sidharth Malhotra in an unusual pairing, Aiyaary promises to be an intriguing tale with numerous twists and turns that would keep the audience engaged. Meanwhile, Manoj Bajpayee is quite charged up too as he gears up for his first release of the year.

Aiyaary - The very title sounds quite different and interesting. 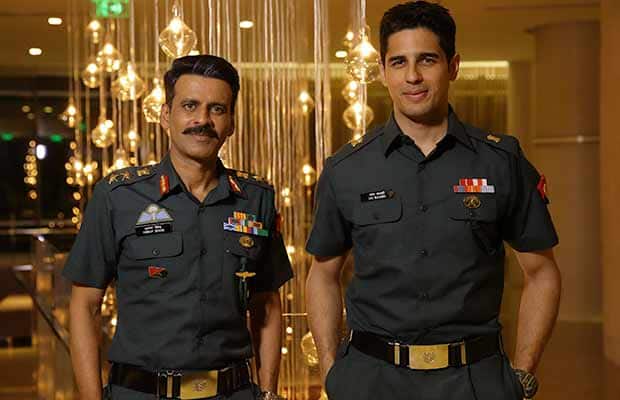 'Aiyaar' means the person who keeps changing his face to trick people; in Hindi we call them 'behrupia'. The act of disguising is called 'aiyaary'. Its significance in the film is that the two protagonists i.e. Sidharth and I are masters in 'aiyaary'; entire film is based on this. I can't reveal much of course. We have seen films about armies fighting the battles with the outside forces; the forces which are beyond the border. Here in Aiyaary the army is fighting the battle inside. It turns out to be a cat and mouse game which brings in the thrilling element. The drama is of high quotient too which makes Aiyaary an interesting topic.

Neeraj Pandey is the director of the film and your relationship with him goes a long way.

I remember making a call to him after watching A Wednesday. When I realized what a great film he had made, I wanted him to know that I would like to work with him. He is the only director amongst all the newcomers whom I called, who responded so warmly and took the relationship further by meeting me frequently. He made an attempt to try and understand me as an actor. He offered me the role of a lifetime in Special 26 and then made sure that I am a part of his production house. This means that even if I am not facing the camera, I at least pass on my opinion on the script.

After working in Special 26 and Naam Shabana , you would have been assured that in Aiyaary you would be utilized really well.

Yes, we were shooting for Naam Shabana when he offered me Aiyaary. I immediately said yes and booked the months for this film; that's the kind of relationship that we have. I know that he won't waste me and that he would give full justice to the role that he is offering to me. I too know that I would come in with believability, conviction and professionalism. He is someone who doesn't like to socialize much and still he chose to sit and make friends with me. With him, it is a great mix of personal and professional relationship.

Aiyaary is a mainstream film with heavy content; this is very Neeraj Pandey kind of film with thrills, drama and pace. There are certain events based on a true story. It has relationship, friendship and mentor-protégé angle to it with trust and betrayal. That's what you expect from a Neeraj Pandey film. Without succumbing to the formula, he is making middle of the road commercial mainstream films.

Another commercial film that I am doing is Baaghi 2 . There is a hero and then a whole lot of villains. Too much fun!