Vicky Opens Up On Working With Ranveer In Takht

Vicky Kaushal is on a roll! After winning hearts and the National Film Award thanks to his spectacular performance in Uri: The Surgical Strike, the actor left us wowed yet again with his latest release, Bhoot – Part One: The Haunted Ship. He is now busy prepping for the much-awaited period drama Takht. Directed by Karan Johar , the film features an ensemble star cast including Ranveer Singh , Kareena Kapoor Khan, Alia Bhatt and Bhumi Pednekar among others.

In a recent chat with Bollywood Hungama, the handsome actor opened up about his first period film and shared, “This is definitely off my bucket list since I have wanted to do a period drama. Karan Johar is helming the film. Then, there’s Ranveer Singh, Alia Bhatt, Anil Kapoor , Kareena Kapoor Khan , Janhvi Kapoor , Bhumi Pednekar – it’s a great ensemble. I am very excited to be a part of this project since I have never worked with any of them before besides Bhumi since she has done a cameo in Bhoot Part One : The Haunted Ship.”

He went on to add, “It is a completely different setup. We don’t know each other’s energies yet. It’s always fun when you collaborate with people and discover each other’s energy and play with it. I am very excited to get on with the table read and workshops and all of that which will be a fresh thing for all of us.”

Sharing his excitement of working with the powerhouse of talent Ranveer, Vicky said, “I love him. I absolutely love him. There were times when we sitting on each other’s laps only. It’s going to be a bit difficult to play warring brothers but I’m looking forward to working with him.” 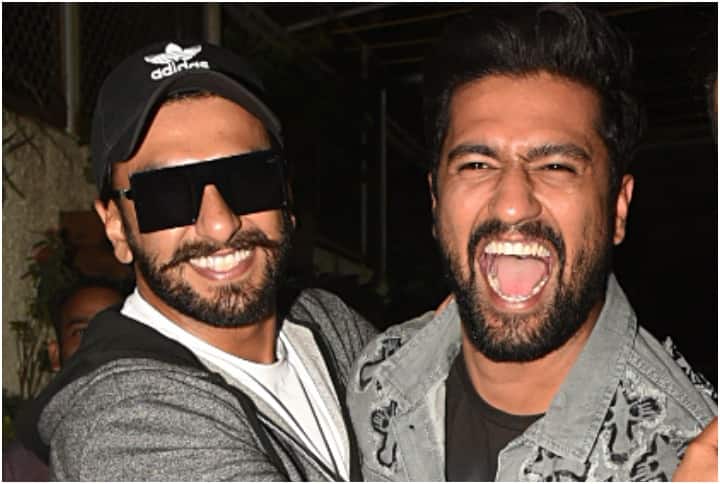 Takht will follow the story of Shah Jahan’s sons Aurangzeb , played by Vicky, and Dara Shikoh, portrayed by Ranveer. According to the buzz, Anil Kapoor will be playing the role of Shah Jahan.

Updated: March 03, 2020 05:54 PM IST
Please Subscribe us OnGoogle News
12 OTTs. 1 App. Subscriptions start at Rs 50/month *Billed annually
About Author
Mahima PandeyEditorial Team Desimartini
A journalist, who believes that being a bridge between the film industry and public is an honor. Along with the post comes a lot of responsibility which keeps me unbiased and honest. I enjoy Bollywood updates, films and gossip from the industry as much as any other movie-buff, and that helps me write things which are worth your time.