SS Rajamouli’s ‘ Baahubali ’ has invested into a totally new venture. The genius director has reached a whole new set of the audience now with the launch of the new Baahubali Manga. The comic is featuring Prabhas , Rana Daggubati, Anushka and co in their illustrated avatars.

The director took to social media to post the news. Rajamouli wrote, “Excited to be holding another extension to @baahubaliMovie franchise @baahubali_manga... We continue to be overwhelmed by the love shown to our film by fans in Japan. Hope they will appreciate the Manga too”. He gave a video byte too announcing the launch of the Manga and told his fans why this launch is special for him.

He also said in his video that his whole journey as a storyteller started with comics. Comics from India play a lot of role in his storytelling. He continued, “Today I’m happy the film is doing well in Japan and now we’re bringing the manga comic Baahubali in Japanese. For me, it is like a full cycle”. 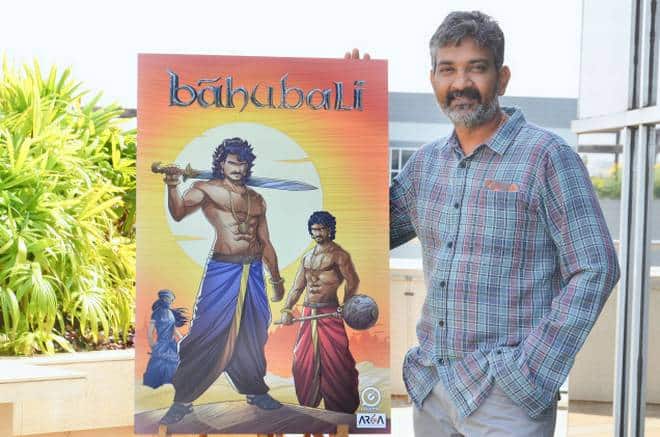