This Is Why Rajamouli Is Proud Of His Bhallaladeva

This Is Why Rajamouli Is Proud Of His Bhallaladeva

S S Rajamouli gained worldwide recognition with the magnum opus flick ‘Baahubali: The Conclusion’. He is one of the best directors in the country and his works include ‘Magadheera’, ‘Eega’ and ‘Baahubali: The Beginning’. The director recently watched Teja’s directorial venture ‘Nene Raju Nene Mantri’, which released yesterday on August 11 and was in all praises for the flick.

He shared this on Twitter and wrote, “Dealt with great finesse by Teja garu.. Superb performances by every actor.. So proud of my Bhallaladeva.. Kajal is so good. Catherine too. Arresting opening sequences and the unexpected climax twist are the best parts. A meaningful film after a long time. Congratulations team #NRNM”.

The Ghazi Attack actor is portraying the role of a politician in the film. The film that stars Rana Daggubati and Kajal Agarwal in the lead pair has been set up under a political backdrop. Actress Catherine Tresa also plays a key role in the film. 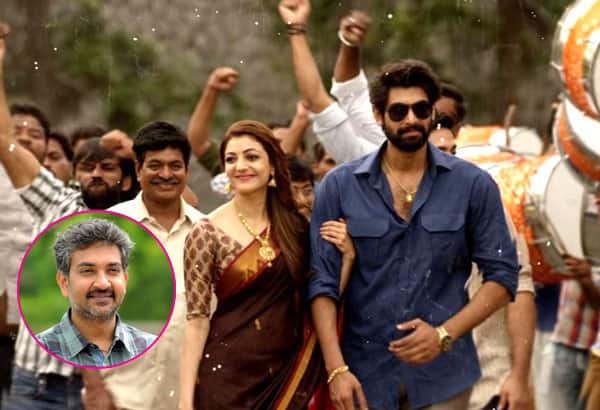 Updated: August 12, 2017 09:04 AM
Get personalized recommendations on what to watch across 50+ OTTs only on
About Author
Manisha Pandey