5 Reasons Why Raazi Might Be One Of The Best Spy Films Bollywood Has Ever Made!

5 Reasons Why Raazi Might Be One Of The Best Spy Films Bollywood Has Ever Made!

Raazi is all set to be released in theatres tomorrow. The Meghna Gulzar film will see two very powerful actors, Alia Bhatt and Vicky Kaushal coming together for the first time for this spy thriller. While the teaser and trailer have already got us excited, we also have a feeling that this might be one of the best-made spy-thrillers of all times.

Here are 5 reasons why:

The film will belong to Alia Bhatt and it can be understood from the promo itself. But Alia Bhatt is not the only one to look out for. The young and talented actress will have Vicky Kaushal opposite her. While Vicky has not been seen in many films, he has experimented a lot in his 4 film career! Right from Deepak in Masaan to Raghav in Raman Raghav 2.0 to even Love Per Square Foot, all his characters are starkly different. How the two will perform together is what is to be seen in the film! 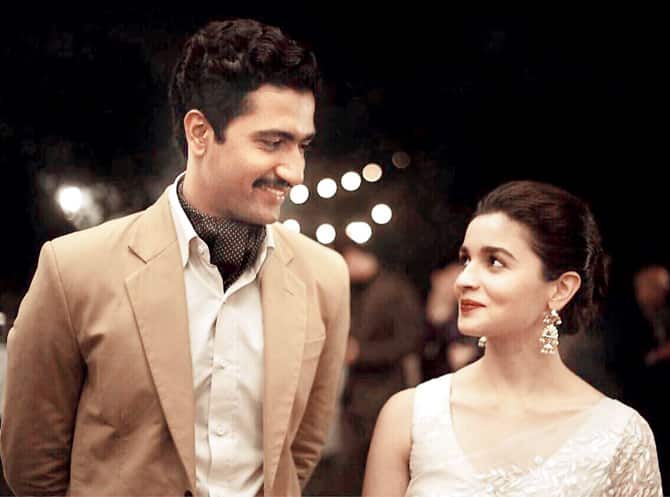 Apart from the actors, the director is also top-notch. We have seen how she handles a sensitive topic like the Aarushi murder case in Talvaar. Needless to say, the film has to be watched to see how the topic was treated. 3. Inspired by a true story

The film is inspired by a true story. We already know that the film is an adaptation of the book 'Calling Sehmat' by Harinder Sikka. The story is compelling and it is bound to grip the audience in the cinema adaptation.

We loved the music of the film that had the capability of making our hair rise!

5. The proximity to reality.

Unlike other spy thrillers like Tiger Zinda Hai, this film has a real feel about it. The film has been shot in real locations and does not show far-fetched scenes.