Swami Omji as a contestant in the Bigg Boss 10 house has never failed to disappoint the audiences with his antics, and this episode was no exception.  He was seen entertaining Lopa and Rohan while passed comments on Gaurav and how backstabbed him. Bigg Boss announces that Lopa and Swamji can come out of jail and Swamji hugs Gaurav as soon as he unlocks him and says that all he was saying only a joke! Typical Swamji!!

So the day was about choosing a new captain for the upcoming week and a captaincy task was in order. Here are the highlights of the episode –

Choosing the contenders for captaincy – Bigg Boss announces that the housemates have to pick one contestant from, Gaurav, Nitibha and Lopa to compete for the captaincy task against Priyanka.  With most of the house in favor of making Gaurav the captain for another week, most votes go to him and this upsets Lopa who only lands one vote. She was also quite disappointed with Rahul who she had pinned her hopes on but was let down.  While Lopa goes and cries it out in the washroom, Priyanka and Manveer discuss Mona’s loyalties as she was in favor of Gaurav. Rahul goes to console Lopa but she walks away not wanting to hear from him.

Appy Fizz Feel The Fizz task for captaincy – With the task announced, Gaurav and Priyanka have to pick out 4 contestants each for their team who have to keep them aloft in the air while they hang by a harness. Whoever stays up longer wins the task and would be the next captain. While Gaurav has Rahul, Rohan, Mona and Lopa on his team, Priyanka gets Omji, Bani, Sahil and Nitibha to support her. Jason and Manveer do not participate due to illness and Manveer is named the supervisor of the task. 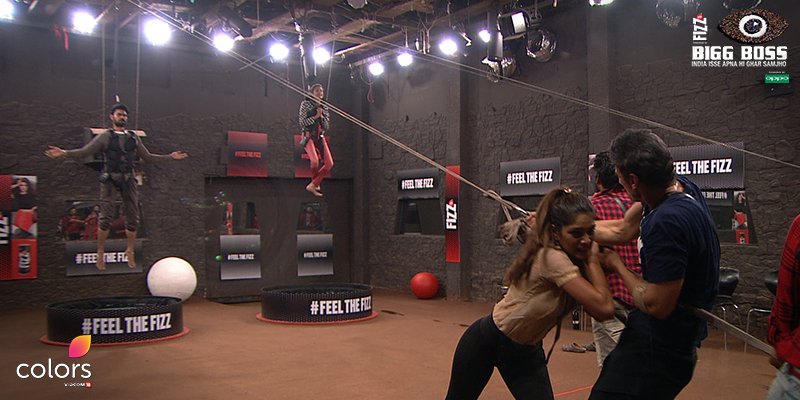 Bani walks out of the task – As soon as the task begins Bani gives up saying she is unwell and starts to support Gaurav’s team. She even provokes Sahil to give up and this clear strategy of Bani pisses of Swamiji who passes an insensitive comment and says “You mother will die”. This pisses off Bani majorly and she threatens to disrupt the task. Manveer however stops her from doing so and as soon as the task gets over Swamiji tries appologise to her. Bani however pays no heed to his apologies and lashes out at Manveer, Nitibha and Priyanka for supporting Swamiji.  Priyanka has been elected the new captain and is always set to take up a fight tries to defend herself and Gaurav steps in and asks her to understand the situation and let this one be. 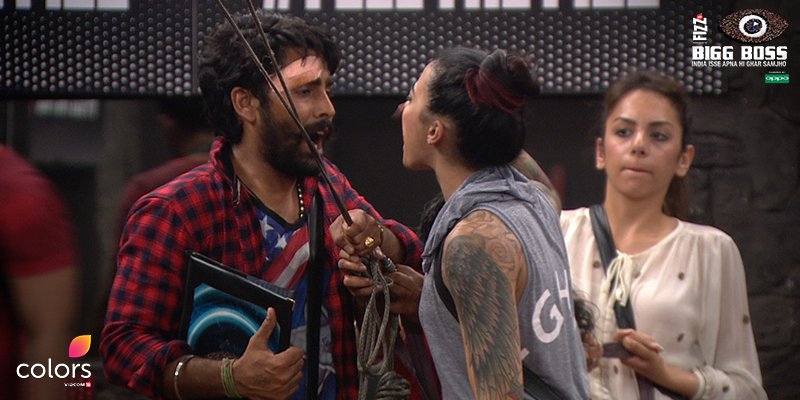 Bani wants to leave the house -  Visibly upset with the situation in the house, Bani lashes out at Swamji for his over the top personal remarks. Omji tries hard to seek her apologies but she just turns a deaf ear to him.  She finally breaks down and takes several rounds of the lawn restlessly pleading with Bigg Boss to let her go home. She even bangs the exit door and yells out in anguish. 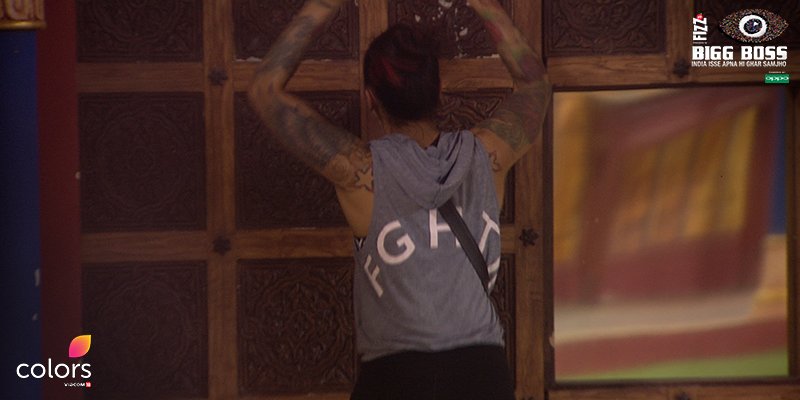 The team meeting – Later in the evening the two teams sit separately and are seen discussing the task. Manveer and Priyanka discuss how Bani flipped at the last minute to support Gaurav even with all their differences while Gaurav and Bani talk about how desperate Priyanka was to win that she got down to pleading.

The celebrity guests visit the house – With the day turning out to be an emotional riot the evening turns sweeter with the team Wajah Tum Ho paying a visit in the house. Sana Khan, Gurmeet Choudhary and Shraman Joshi walk in with a basket of brownies for the inmates. They introduce a fun game where each contestant has to name another person of the house who they think is their main reason for happiness. The game litghens the atmosphere of the house and Garav and Bani pick each other, Mona picks Manu even when he is not there, Rahul picks Lopa and Manveer and Nitibha pick each other. 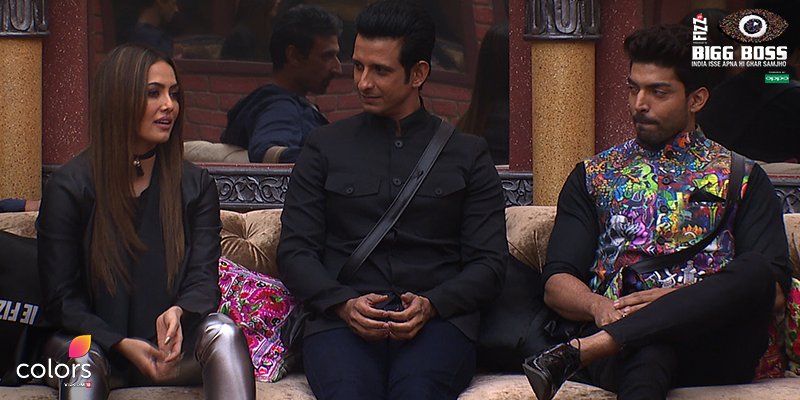 While the day ends on this sweet note, Salman has certainly taken note of all their activities and this Weekend Ka Vaar Swamiji is yet again going to get a taste of his own medicine.

Updated: December 10, 2016 11:23 AM IST
Please Subscribe us OnGoogle News
12 OTTs. 1 App. Subscriptions start at Rs 50/month *Billed annually
About Author
Arunita TiwariEditorial Team Desimartini
A binge-watcher living by the motto ‘just one more episode’ till I realize it is 4 am. During the day busy writing to tell you all about it.