Kabhi Khushi Kabhie Gham is one of the most iconic Bollywood movies ever made. The film has been hailed as one of Bollywood's best and the tear-jerking family drama was a blockbuster hit in the overseas market. K3G also showed Bollywood how to make a right ensemble film and how to effectively use every star. The film remains a major milestone in the careers of its cast members.

There came a news a couple of days back that Ekta Kapoor is trying to bring the show to TV and we couldn't help but wonder how would the series be adapted in its TV format. Making a TV show based on K3G would mean that the star cast would have to be top-notch while the sets would have to be nothing less than grand. Through these creatives, we imagined the star cast of Kabhi Khushi Kabhie Gham with your favorite TV celebs:

Karan Patel as Shah Rukh Khan: It seems like no other TV actor could better play the role made iconic by Shah Rukh Khan. He is undoubtedly one of the best male-leads of the TV at the moment and he is our Rahul. Mouni Roy as Kareena Kapoor: When it comes to playing a gossiping, bubbly and glamorous character, Mouni Roy would be the perfect Poo. Ronit Roy as Amitabh Bachchan: Ronit Roy is one of the best actors we have in Bollywood and in TV. He has played a lot of intimidating and powerful characters as well and we know that there's no one better than him who will do justice to the role. 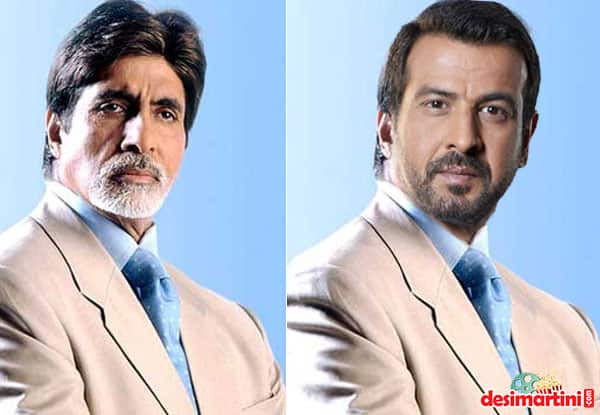 Lata Sabharwal as Jaya Bachchan: Lata Sabarwal would be the perfect mother who unconditionally loves her children and she is our choice to play Jaya Bachchan's character on TV.